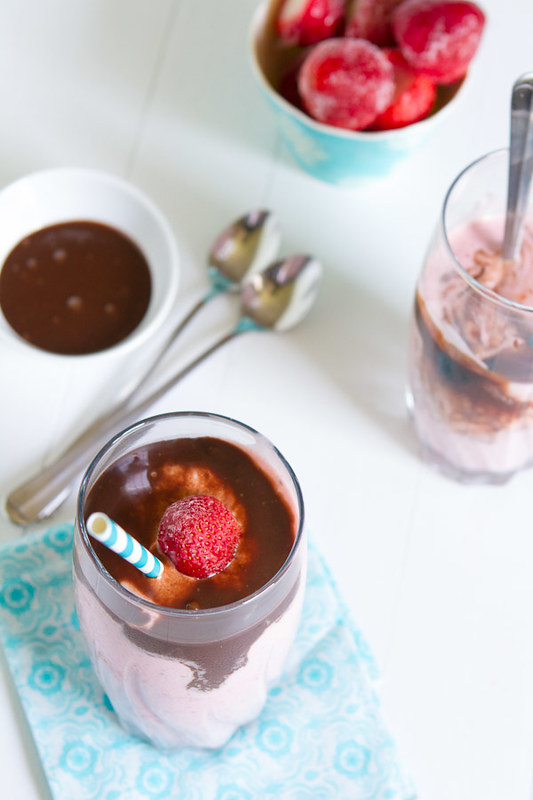 I am very particular about smoothies. I’ve been making this particular version for a few years now and I had to try a lot of different recipes before I figured out how to make a smoothie with the consistency that I like. I hate smoothies that are thin or liquid-y. My smoothies are thick and creamy like a milk shake, sometimes I have to eat them with a spoon because they’re too thick for a straw. In fact, if you reduce the milk in this recipe, it’s almost the same consistency as soft-serve ice cream or frozen yogurt.

I’ve found that making smoothies in a food processor actually yields a creamier consistency than a blender because it churns the ingredients instead of just blending them. Also, I don’t have one of those crazy expensive “it can blend an iPhone!” blenders and my crappy blender has a hard time with the frozen fruit. The food processor blade has a much easier time cutting through everything. Obviously, this smoothie can still be made in a blender if you don’t have a food processor, but you’ll probably need to add a little more milk so it’s easier to blend. 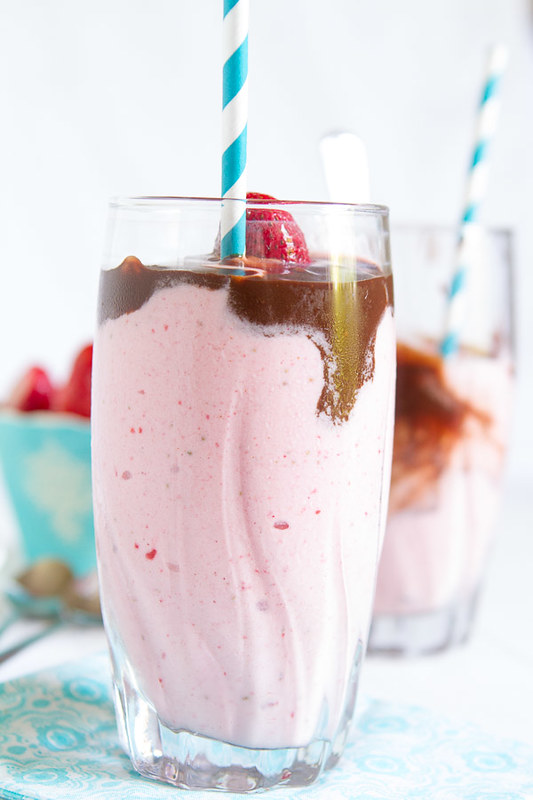 The key to this recipe is quite simple: frozen bananas! I’m sure you’ve seen posts or other recipes about the magic “ice cream” that’s just made with frozen bananas. Well, this is the same concept. But the great thing is that as long as you put double the amount of strawberries (or whatever fruit you want) you don’t even taste the banana. It’s only there to thicken the smoothie and make it creamier. Besides bananas and fruit this smoothie only has a few other ingredients and I use honey as a sweetener so it doesn’t contain any processed sugar. 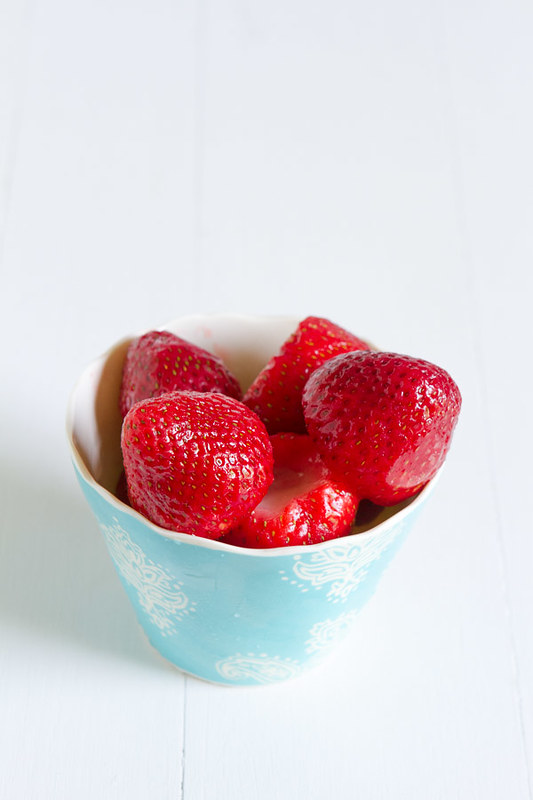 My grocery store recently had four cartons of strawberries on sale for 5 bucks, so I snapped them up and froze them as soon as I got home. After about a week of strawberry smoothies, I got a little bored and decided to experiment. I had found a new kind of low fat cream cheese made with Greek yogurt (which is healthier than regular cream cheese) at Walmart so I decided to throw some in there. I absolutely love the slightly sour tang that it adds to the sweet strawberries! 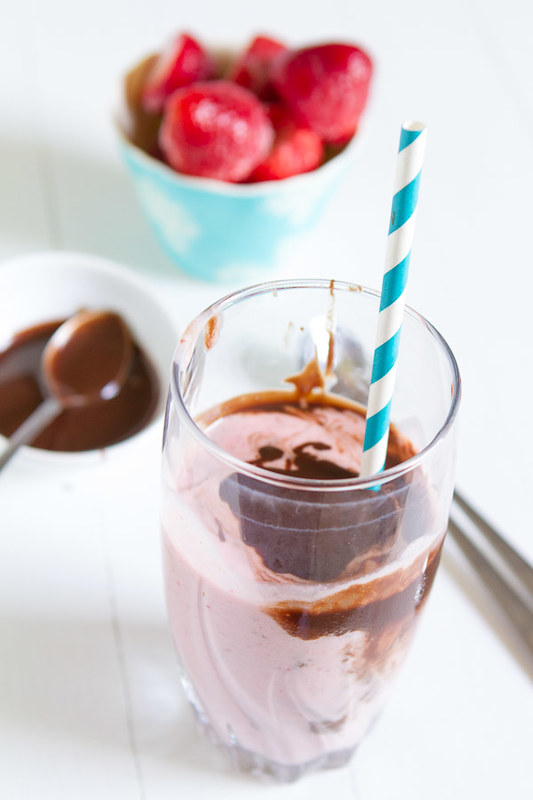 I was also craving chocolate, so I mixed together a little nutella and chocolate syrup and milk to make a fudgy topping. This sauce is SO good. I wouldn’t put it on my smoothies everyday, but if you want a healthier snack or dessert that still tastes very indulgent this is the perfect topping and tastes great mixed into this tangy strawberry cheesecake smoothie.

Below the recipe, I’ve included a few other smoothie variations that I make regularly, Pineapple-Strawberry and Pineapple-Coconut with Spinach (you don’t taste it at all!), but you can use pretty much any fruit or berry you want. You can also use any kind of non-dairy milk like coconut milk. The only constant is the banana since you need that for the consistency. Otherwise, you can have fun with it and make lots of delicious flavor combinations. 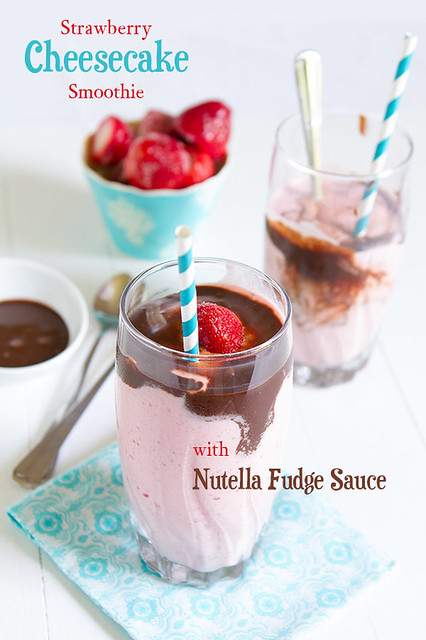 Strawberry-Pineapple Smoothie: Replace half of the strawberries with chopped, frozen pineapple. Good with or without the cream cheese.

Pineapple Coconut Green Smoothie: Replace strawberries with chopped, frozen pineapple. Omit cream cheese. Add 1/2 to 3/4 cup baby spinach. Replace milk with low-fat coconut milk. This smoothie is also good with mango, but a little goes a long way, so use 1/4 to 1/2 cup at most.

Feel free to use any kind of non-dairy milk. I like coconut milk.

Replace the strawberry with any other fruit or berry of your choice. Don’t replace the banana or the smoothie won’t have the correct, milk shake-like consistency. As long as you keep a 2:1 ratio of other fruit to banana, you won’t taste the banana.