Also calling out to me? Bacon! Put some bacon in anything and I’m there. There’s not a lot of bacon, though, so this is still a relatively healthy soup. And if you took out the bacon it would still be hearty and filling thanks to the lentils and the vegetables.

This soup is really easy to make and pretty flexible. I added in a few more vegetables and herbs than the original recipe called for, you could add in other favorites. I think I’m going to add a can of diced tomatoes next time. I’ve also seen other Lentil Soup recipes that had spinach (which I don’t like very much). This would be a great soup to make if you needed to clean out your fridge/pantry and use up whatever you have on hand. 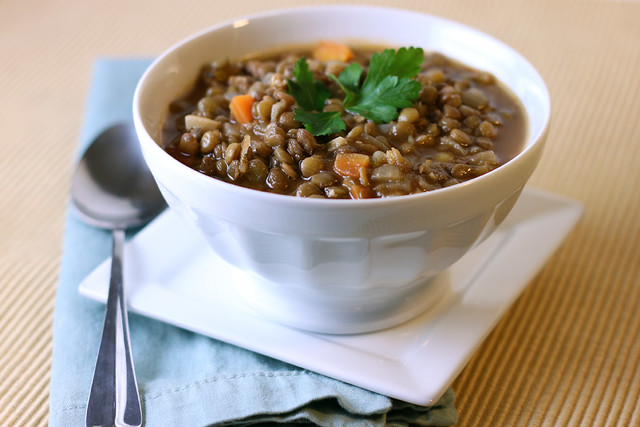