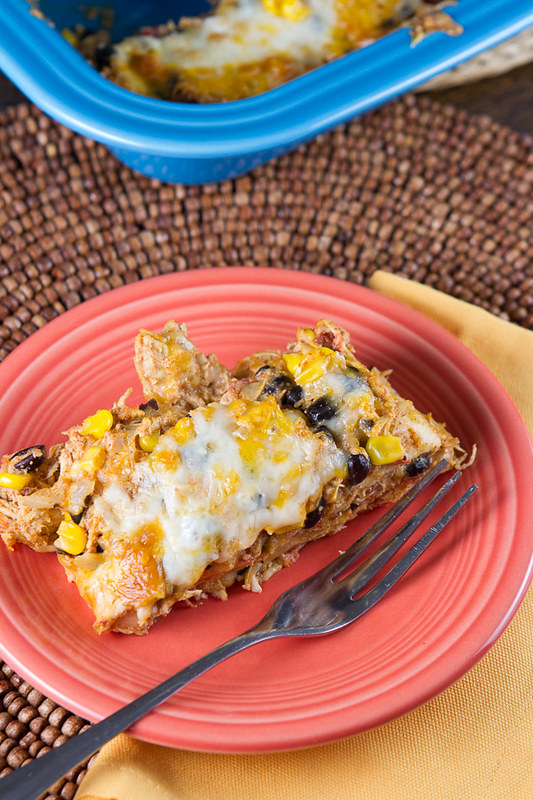 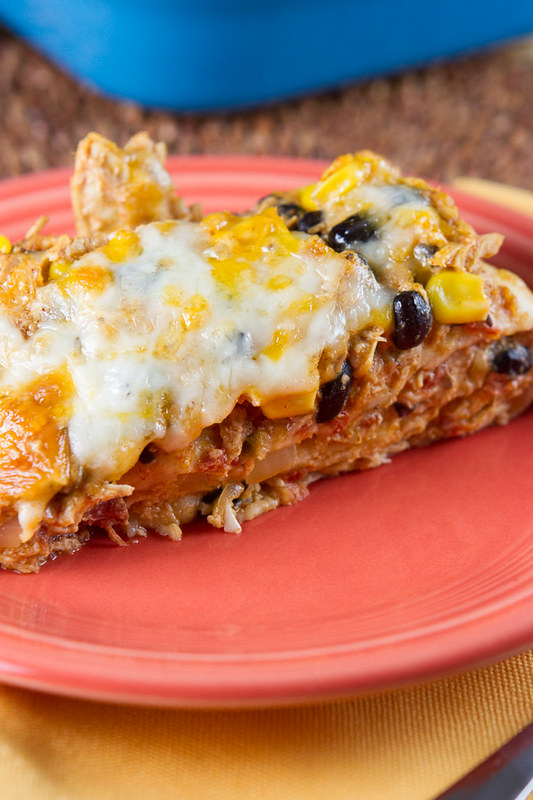 On days like this I dread making dinner. In fact, I’d normally just give up and go my favorite Mexican restaurant to drown my bad day in a margarita. But Brandon and I have been exercising and trying to eat better so we didn’t want to undo all of our progress. Instead, I pulled out my go-to recipe for bad days. It’s cheesy and satisfying but also fairly healthy (at least compared to an actual Mexican restaurant).

This was originally a Weight Watchers recipe but I don’t recommend making their version because it is just about the blandest casserole you will ever eat. This is my version which I’ve developed over several years, adding more vegetables, more cheese and lots more spice. The filling is a mixture of shredded chicken, vegetables, spices, two kinds of cheese and sour cream which is all layered between tortillas. The whole thing is topped with more cheese and baked until it’s melted on top and crispy around the edges. 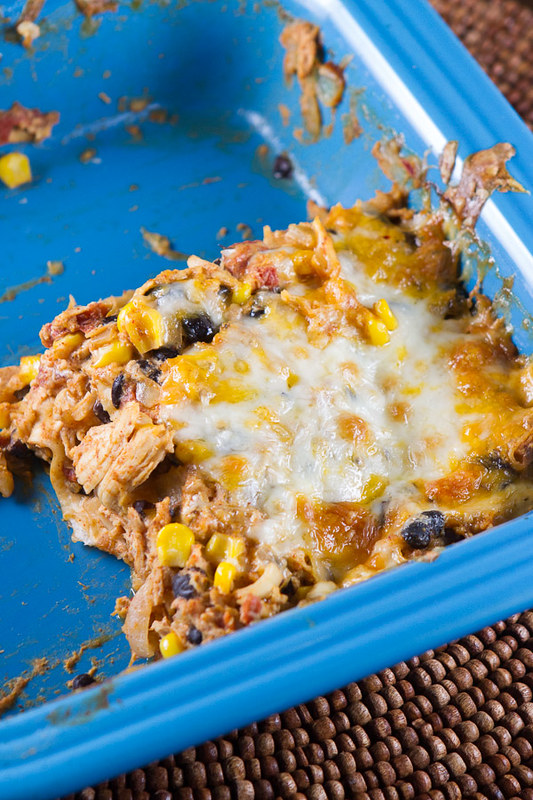 This recipe can be thrown together in a few minutes and you can even cook the chicken a day or two before to save even more time. It’s full of things that you most likely already have in your pantry, fridge and freezer. The vegetables are canned or frozen, but you can easily replace them with fresh versions. I frequently use fresh corn and tomatoes in the summer when they’re in season.

This version is not as low fat as the original, but it tastes a lot better and that’s what matters most to me. If you’re looking for something easy and satisfying after a long day, this recipe will help you end the day on a high note. 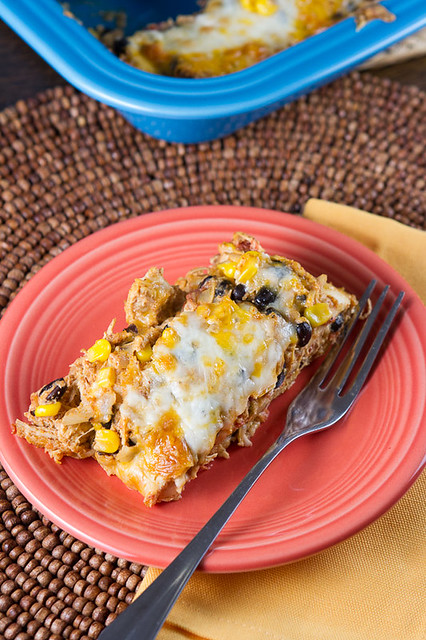 If you don’t have a packet of taco seasoning or would rather make it from scratch, here is an easy recipe.