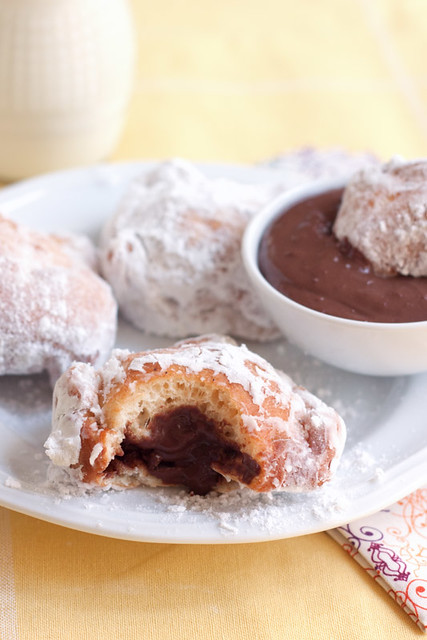 But let’s back up a bit. It’s possible some of you may not know what a beignet is, maybe you’re not even sure how to pronounce it. It’s very simple, actually: it’s a donut, covered in lots of powdered sugar. And it’s pronounced benYAY. You will really want to emphasize that “Yay” because eating these will make you a very happy person. A beignet is sort of the lazy man’s donut. I can just imagine some old french baker going “I have to cut this stupid dough into circles and then cut a hole in the middle. Screw that! Squares are easier!” (Or maybe it was the other way around and someone thought squares were boring and decided to make circles? Whatever, you get my point.) I’ve made my own donuts before and these are easier to make and just as satisfying. 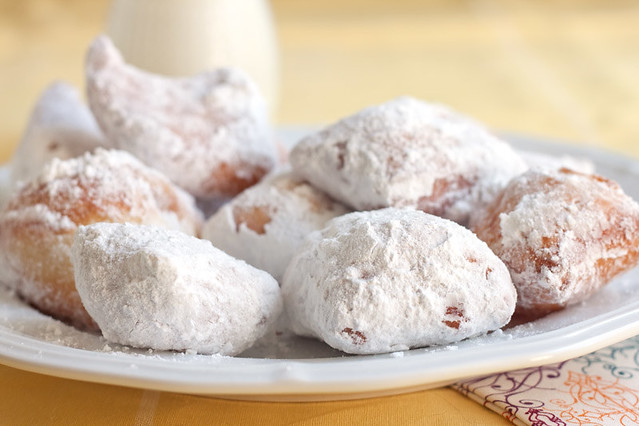 Of course I had to make things more complicated by adding the chocolate. Sorry, I couldn’t help it. So with this recipe you get three choices depending on how adventurous you’re feeling: 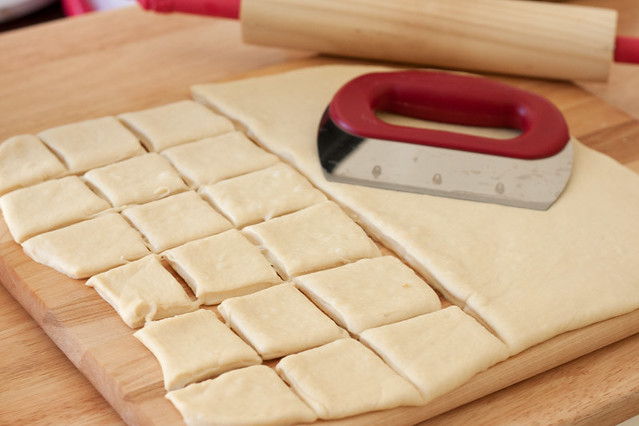 Or you can do what I did and have all three. I divided the dough in two and made original beignets out of one half and chocolate-filled beignets out of the other. There was lots of filling leftover, so I used it as a dipping sauce. And the sauce tastes really good on its own, almost like a thicker hot chocolate or a not quite thick pudding, so you can actually get a whole other dessert out of this if you want to stretch it. 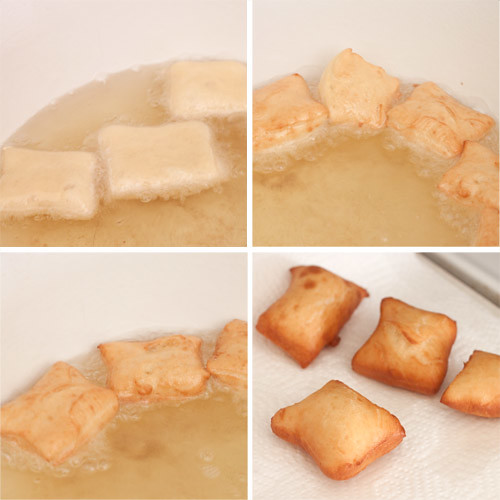 Now lets talk about the elephant in the room: frying. Are you scared? I used to be so scared of frying things! And I KNOW it’s not healthy, but sometimes you just have to let go and eat fried things because they are delicious and there is no use fighting that. Treating yourself every once in a while is not going to kill you, in fact, it will probably make you a happier person. And frying is not difficult at all. It’s one of the easiest cooking methods there is: heat up oil, add food, fry. Done. Beignets take two minutes to make. TWO MINUTES. How many things can you cook in the oven for two minutes and actually be edible? Frying is nothing short of magic really. Don’t be scared of it! I’m not saying you should go out and buy a Frydaddy or anything crazy like that, but once you accept frying into your life (in moderation!) it will open up a whole new world of delicacies for you. 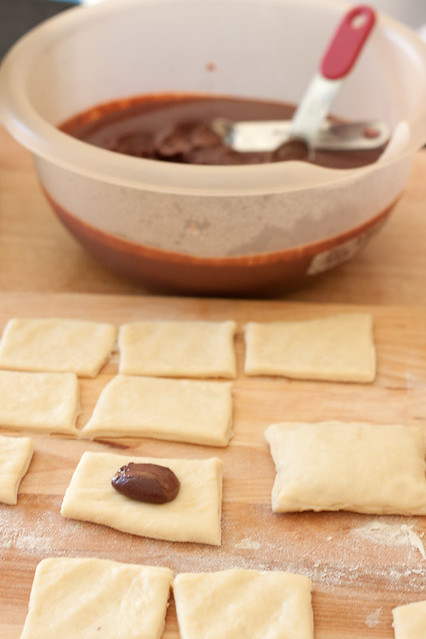 There was some trial and error involved in the chocolate-filled beignets since I wanted to use my tried and true beignet recipe and combine it with the filling from a different recipe, but ultimately I got it worked out and they turned out well. You just put a spoonful of the filling between two pieces of dough and fry like normal. The main thing you should be careful about is to make sure that those two pieces of dough are thoroughly pinched and folded together. Otherwise, they will pop open when you fry them! Un désastre. But it’s a recoverable disaster, so don’t panic or let that stop you from trying. You may look at the recipe and be intimidated because it’s pretty long, but that’s just because I was really detailed and added in lots of notes to help. The actual recipe is not difficult and I promise you will happy you tried these once you take that first bite into a warm, fluffy beignet. 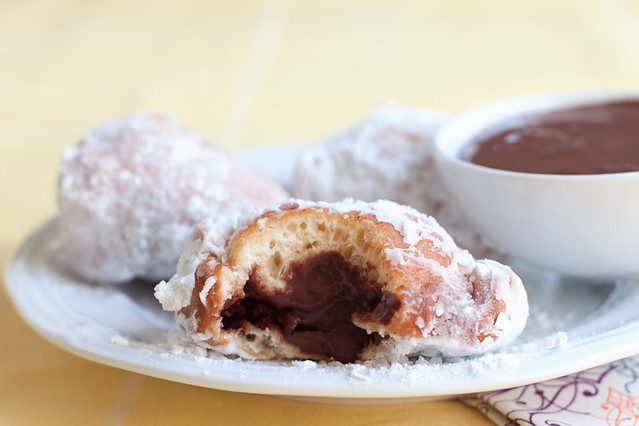 This recipe makes A LOT. Unless you have a family of 10 you may want to half it, which is what I always do. I’ve even quartered the recipe before and it came out fine.

Beignets are best when they're still warm, but they're still good at room temperature. They're also best the day you make them, but can be stored in a sealed plastic bag and eaten later. The dipping sauce is best served warm, but it's not bad chilled either. It should be stored in the fridge.

Make ahead of time: You can start making these the night before. Do everything up to rolling out and cutting up the dough. Place the squares on a parchment-lined baking sheet and cover with plastic wrap. Place in the fridge overnight. You could also freeze the squares and take out a few at a time whenever you want a beignet!

Take the squares out the next day and let them come to room temperature (about 30 minutes) and then proceed with heating the oil and frying them.