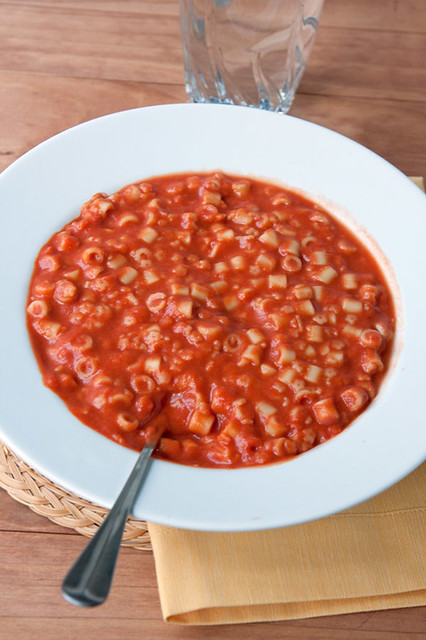 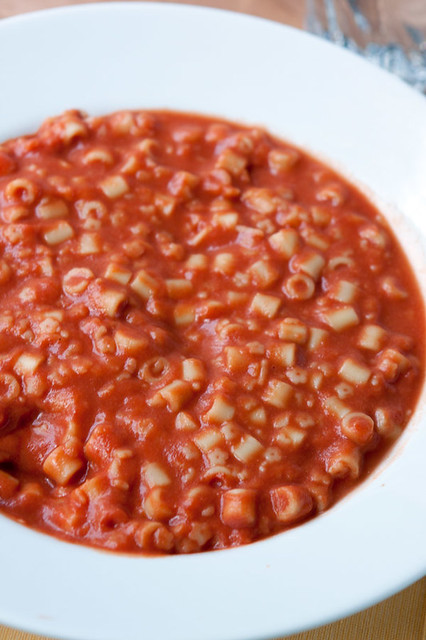 Spaghetti-Os are another one of my weaknesses. I’m calling them Spaghetti-Os because I think that’s how they are best known, but those are actually made by Campbells. The kind I grew up on was from Chef Boyardee and they were called ABCs & 123s or Dinosaurs. Sadly, they stopped making them in the 90s and I had to settle for Spaghetti-Os which are, in my opinion, inferior. I’m mentioning this to illustrate how deep my love for this—admittedly gross-looking—canned soup goes. I figure many people may have liked it as a child as well, but you grew out of it. I never did. It’s thick and warm and comforting and most of all, simple. It’s almost like a tomato-y macaroni and cheese, actually. I was surprised to learn it had cheese in it at all, but it thickens the tomato sauce and gives it more flavor so it makes sense. 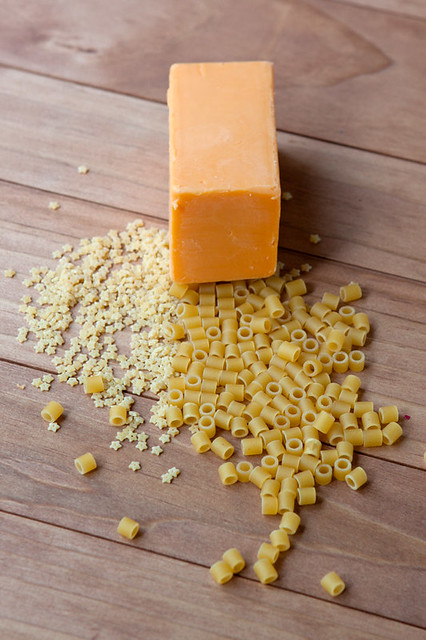 In my effort to try to reduce my exposure to BPA I’ve given up a lot of canned foods. I tried to give up my soup but after being tempted by the cans of it on the grocery store shelf one too many times I decided to make my own homemade Spaghetti-Os. It’s taken me several attempts but I finally figured it out! The recipes I tried didn’t taste right but with a few adjustments I came up a satisfying version. It turns out you need to add a little bit of sugar to remove some of the acidity from the tomato sauce. I’m pretty sure that’s the reason the Campbells version has never tasted “right” to me. I’m sure the original Chef Boyardee version had tons of unnecessary sugar—which is probably one of the reasons I liked it so much as a kid—but I found just a few teaspoons is fine. 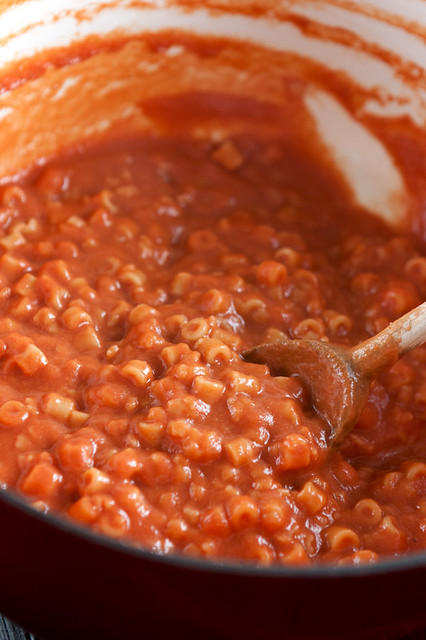 The recipe calls for canned tomato sauce, which is what I use despite what I said about staying away from canned stuff. There are several reasons for this. For one thing, it’s winter and tomatoes aren’t going to taste very good right now. For another, it’s just easier. If you want to make your own tomato sauce, I solute you. But I’m going to keep buying my Muir Glen organic tomato sauce since I know it tastes good and their cans are BPA free. (Note: this is not a paid anything, I’m just recommending what I like to use!) And one of the reasons I always reached for canned soup in the first place was out of pure laziness, so I didn’t see any point in complicating the recipe. I like that it’s simple and that I already have all the ingredients in my kitchen. I like that it only takes 30 minutes. It’s nice to be able to enjoy this soup again, without the guilt, just like I did when I was a kid. 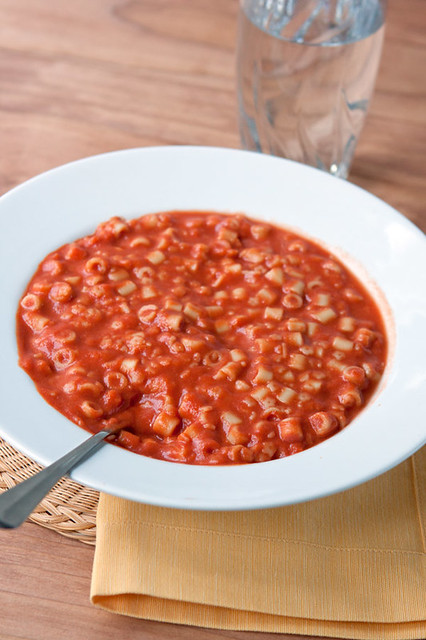 *I used 3 oz. Stelline (little stars) and 5 oz. Ditalini (short tubes). I couldn’t find actual “O”-shaped pasta at my grocery store. If you’re using large, thin pasta (like Os), 10 oz. should work. If you have small, thick pasta like I used, stick to about 8 oz. You may need to experiment with different amounts to find the right pasta to tomato soup ratio for you.

Store in a covered container in the fridge for up to 3 days. Reheat in the microwave or over low heat on the stove. You may need to add in little more water or milk.