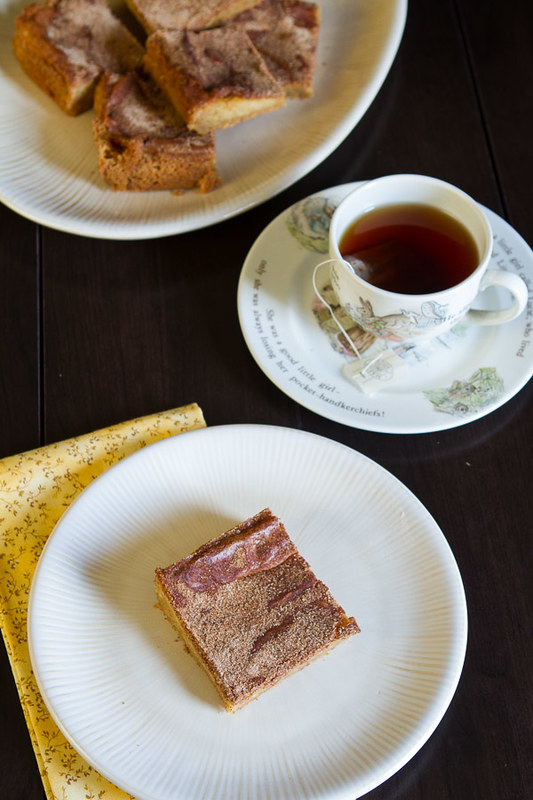 In the midst of the cinnamon toast obsession I was browsing through my grandmother’s recipe box again looking for inspiration. I don’t intend for all the recipes I post here from now on to be from her collection, but I have to say, it’s very handy to have that resource when I’m feeling uninspired about what to make. I came across a recipe for Chess cake that was obviously a popular recipe (the original baker made photocopies to give out because so many people asked for it) so I decided to give it a try.

If you’re unfamiliar, Chess pie is a simple and traditional Southern pie with a sweet, buttery filling. This “cake” is similar, except I can’t call it cake, it’s a bar. The texture isn’t cake-like at all, it’s chewy and gooey and buttery just like a soft, fudgy brownie. It’s a blondie! This is one of those recipes that has sort of weird magical (okay, actually scientific) properties where it separates into layers as it bakes. The key seems to be folding whipped egg whites into the batter at the very end and that somehow bakes into a bar that has a buttery crust on the bottom and sides, a soft, chewy center and a thin, crackly crust on top. 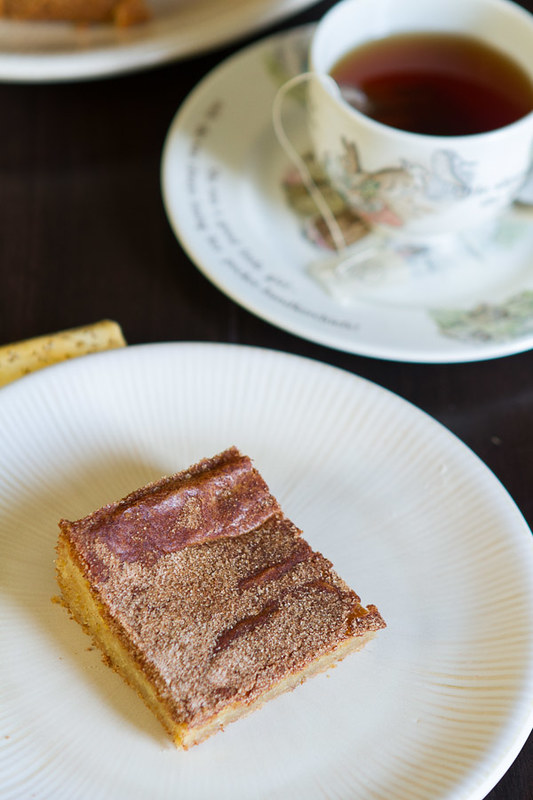 The very weird thing is that when I was researching other Chess cake recipes almost every single one (even on reputable sites like Epicurious!) called for a box of cake mix. Now, I’m not going to pretend that I haven’t made a boxed cake mix before. Or even that I haven’t made a boxed cake mix almost entirely so I could eat that wonderful cake batter that is full of delicious crack (or something). But I started this blog to learn to cook and now I try to make things from scratch when possible. It takes maybe 5 extra minutes to make these chess bars from scratch than it would if you used a mix and this way you know exactly what ingredients are going into the recipe. 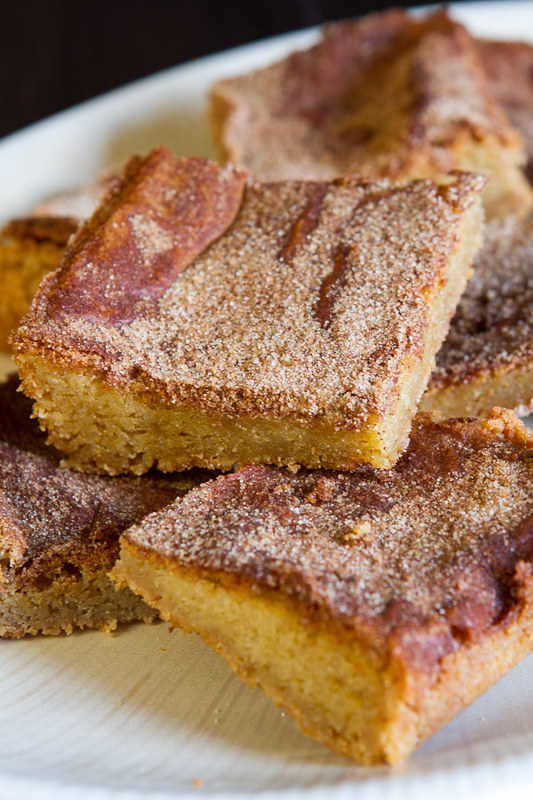 The original recipe calls for sprinkling powdered sugar on top of these bars. But due to my current obsession, my first thought when biting into one of these bars was: Cinnamon! These bars are so soft and buttery that I knew they would be even better with a cinnamon-sugar topping, so I immediately made another batch. I’m definitely a bigger fan of the “Snickerdoodle” version of these Chess bars, but feel free to replace with powdered sugar if you don’t like cinnamon. Both versions are delicious! 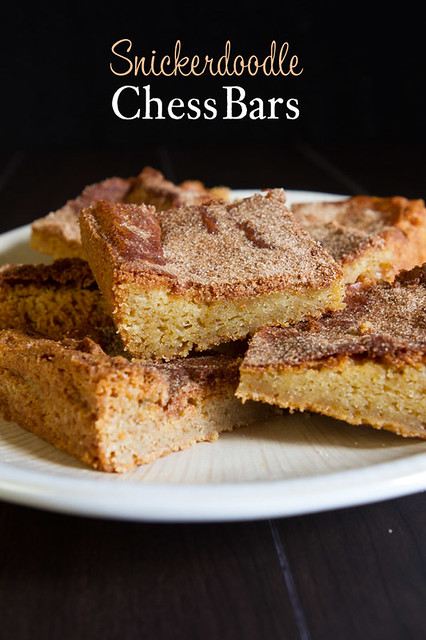 Store tightly wrapped in foil or plastic wrap. These taste best when eaten within 3 or 4 days.

Do not be alarmed, these bars will deflate as they cool! The better you were at folding your egg whites, the less deflated they’ll be but they are still meant to be thin like a brownie.

If you don’t like cinnamon, omit the cinnamon-sugar topping and instead sprinkle powdered sugar on top of the cooled bars.

You can also stir in 1 cup of chopped nuts right after adding the flour mixture to the batter.