I know last week I was all about being healthy, but this week…well, sometimes you just need chocolate! This is my go-to recipe for such times. This is my “It’s Saturday night and I need something sweet and chocolatey or I’m gonna lose it” cake. Since time is of the essence in these situations, this recipe is great because it’s so easy. It only takes about 15 minutes to whip up and 30 minutes to bake. Plus there’s none of that “let it cool completely” nonsense. It tastes just as good warm from the oven than it does at room temperature the next day. 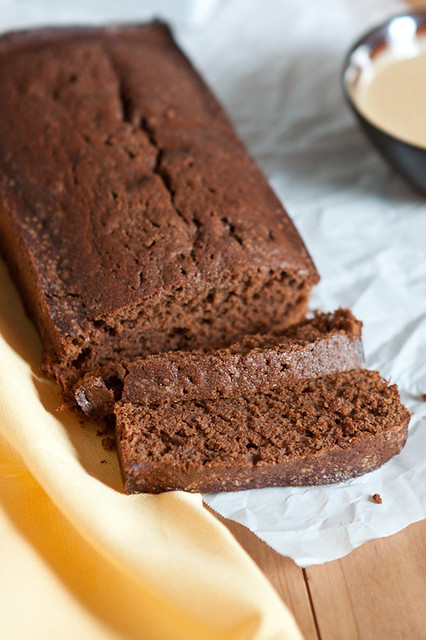 A little cinnamon and coffee are added to this chocolate pound cake to give it a nice kick. Since it’s so moist and flavorful on its own you don’t really need frosting. That said, if you wanted to slather a slice with some Dulce de Leche, Caramel Sauce or Nutella you would not be wrong. I’ve tried this cake with all three and It. Is. Awesome. Nutella is my usual choice since I can just pull it out the pantry, but this cake is especially good with Dulce de Leche. If you’ve never had Dulce de Leche it’s sort of like creamy caramel and thankfully, it’s much easier to make. My favorite recipe (which I’ve included below) just involves cooking sweetened condensed milk for about an hour. It caramelizes and turns into a delicious sauce that’s great on this cake and many, many other things. 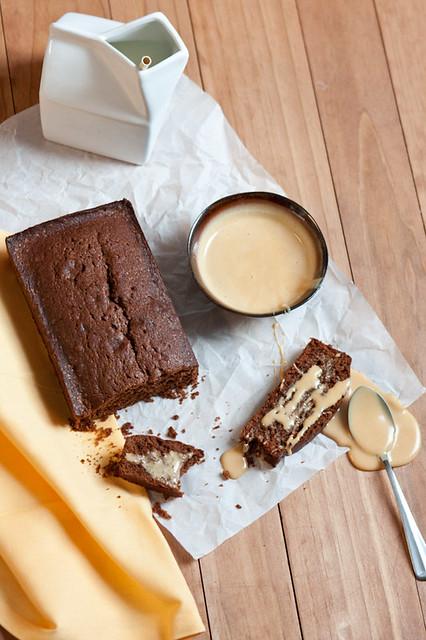 I got this recipe from a cookbook that specializes in small desserts so even though this is not the healthiest dessert, it’s almost guilt free since you can easily make a small loaf of this for yourself (and someone else…if you want to share) and you won’t have a big cake staring you in the face the next day. I’ve doubled the recipe so it’ll work in a standard loaf pan but I highly recommend getting some mini loaf pans

because they are super handy to have around when you get those late night chocolate cravings! 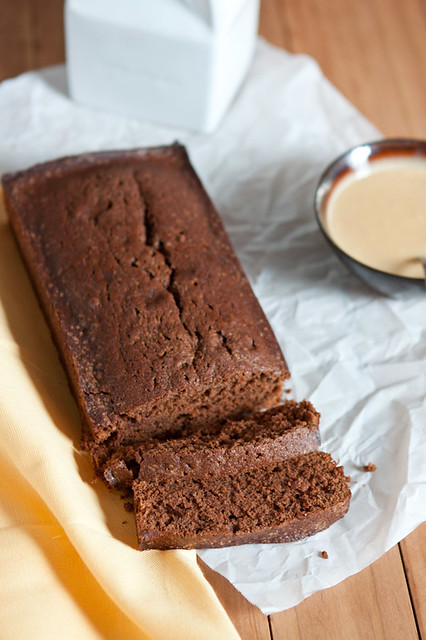 I doubled this recipe since most people probably only have a standard size loaf pan. However, if you just want to make a 1 or 2 person dessert, half the recipe and bake it in one 5×3″ mini loaf pan.

This cake is great alone but it’s even better topped with Dulce de Leche (recipe below), Caramel Sauce or Nutella. 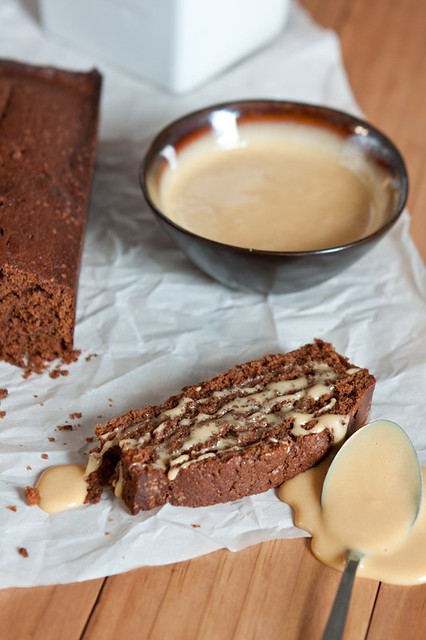 Store in the refrigerator until ready to serve. Warm gently in the microwave oven before using.