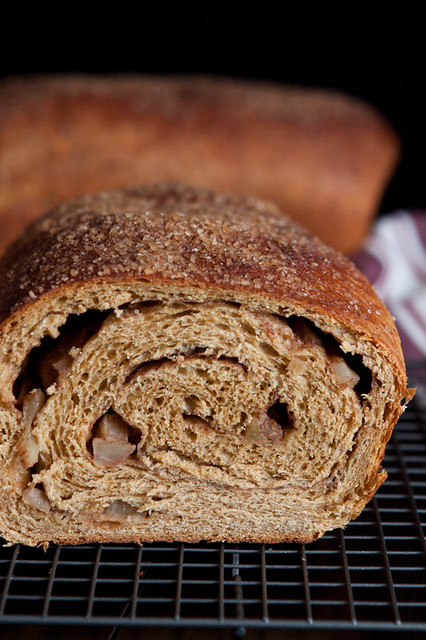 I started with a pumpkin yeast bread recipe that I really like because it’s quite healthy in addition to being delicious. It’s made with all-purpose flour but also has some whole wheat flour and oats to add whole grain goodness to it. If you’ve baked with pumpkin before you know it’s not hugely flavorful (especially combined with 8 cups of flour!) but it adds natural sweetness and definitely helps keeps the crumb soft and moist. On it’s own, this pumpkin yeast bread makes a nice bread for toast in the mornings, but I wanted to take it to a whole new level. I topped the dough with a brown sugar-cinnamon mixture and chopped up apples, then I rolled everything up like a big ol’ cinnamon roll. Right before I put the bulging loaves in the oven, I sprinkled them with a mixture of course sugar and cinnamon that adds a wonderful crunchy sweetness to the crust. 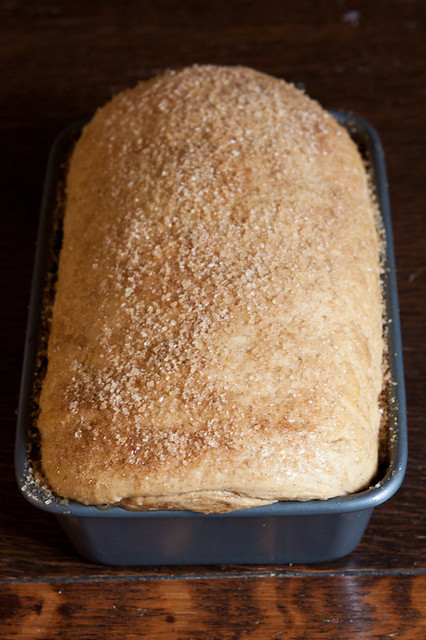 I know the thought of making real bread — or anything with yeast — can be intimidating to some. It was definitely scary to me before I started this blog. But once you do it a few times you realize that it’s really not much harder than making a cake. Yeah, making homemade bread takes more time but it’s always worth it in the end. There is nothing better than the smell of homemade bread in your house and this bread even more so since it’s full of apples and spices. I want my apartment to smell like that all the time! 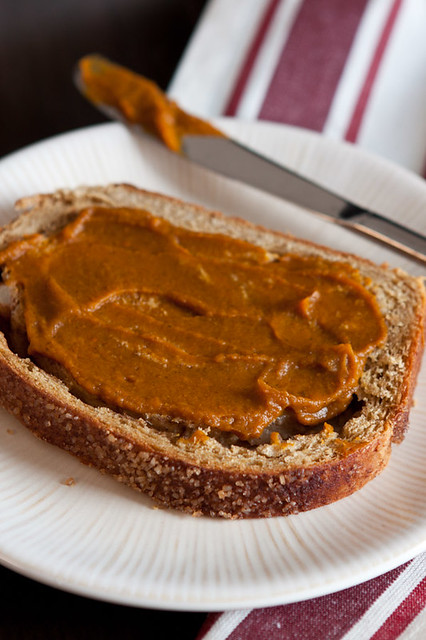 I highly recommend serving this with pumpkin butter, which turned out to be the cherry on top that makes this bread even better. And I’m sure it would be just as good with apple butter, too. This recipe makes two very large loaves (or three small ones), but you can easily freeze the extra loaf. Or, even better, give it to someone as a gift! This bread is a wonderful treat on any crisp Fall morning and I think it would make an especially great Thanksgiving breakfast. 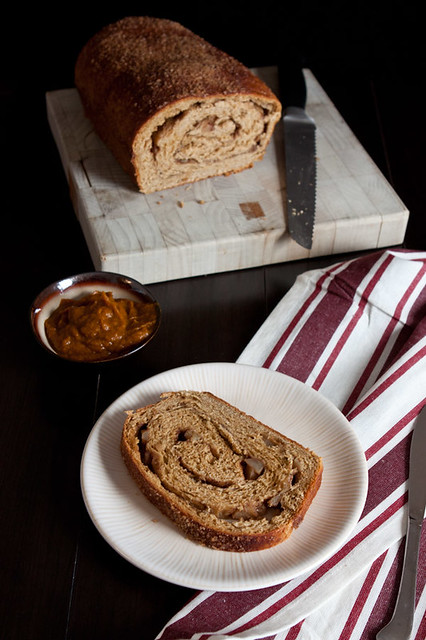 adapted from Taste of Home

Note: You don’t need a mixer to make this recipe but it’s a lot easier if you have one.

This bread is best within 4 to 5 days. Once completely cooled, you can wrap carefully and freeze one or more of the loaves for later. Great served with pumpkin butter or apple butter. 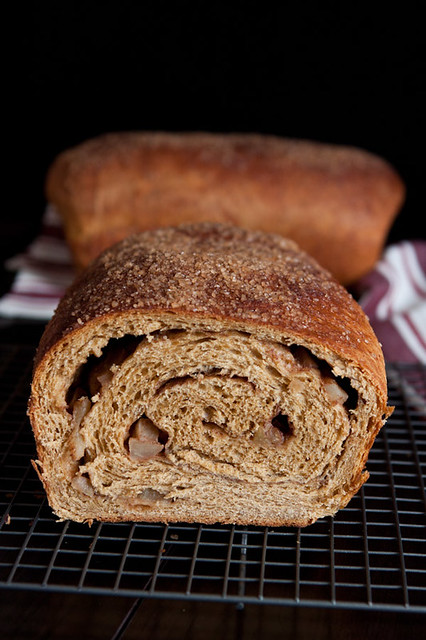