But now, I finally have a good excuse for letting those bananas blacken and it’s all thanks to this recipe. I’d been looking for something with oats that was healthy but still, you know, actually tasted good so when I saw a recipe that had oats and used all my overripe bananas it seemed perfect. But I still wanted it to be healthier so I did some recipe testing. Can I use whole wheat flour? Can I use less butter? Luckily, the answer to both of those was yes. In fact, it turns out you can completely substitute coconut oil for butter and it tastes just as good while giving you lots more health benefits. 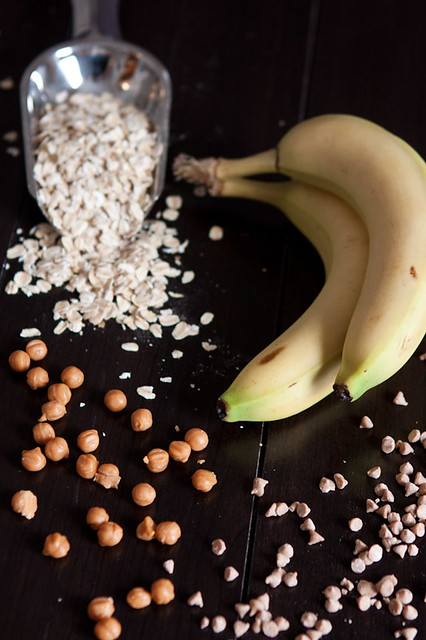 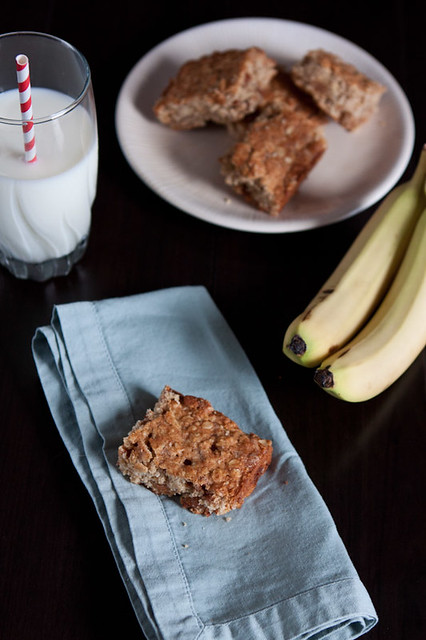 So yeah. Bananas, oats, coconut oil. All good stuff but I still wanted a snack that tasted like it was treat and not just health food. That’s when I remembered the bag of Caramel Bits that I had picked up at Target a while back. Right next to those was a bag of cinnamon chips. I love caramel and cinnamon together and they both taste great with banana so I threw them into a batch of these bars to see what happened. The result was exactly what I wanted: healthy but also sweet and flavorful. The cinnamon chips mostly dissolved into the bars to make them extra cinnamon-y and the caramel pieces melted into delicious chewy globs. The bars are very moist and cakey but the oats and caramel add a nice chewiness. It almost got to point where it didn’t matter how healthy the bars were because I wanted to eat half of them in one sitting. 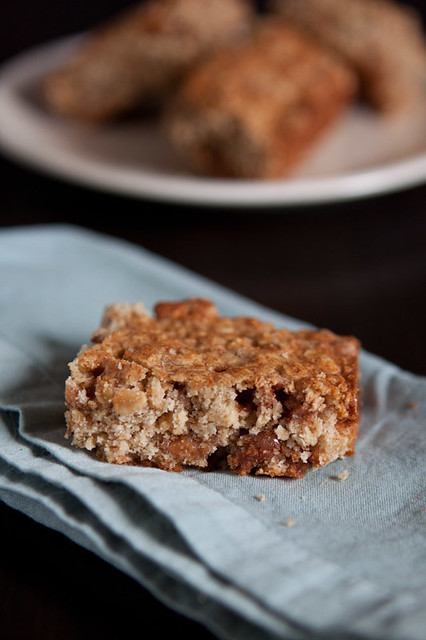 This banana oat bar recipe is ridiculously easy to whip up and you can customize it to your own tastes. If caramel and cinnamon aren’t you’re thing, I’ve also made these bars with chocolate chips and they were great. How about chocolate and peanut butter chips? Butterscotch chips? You could mix in your favorite nuts, or add to the coconut theme and mix in some shredded coconut. Oh! How about subbing the banana for pumpkin? I think I just blew my own mind with that idea. I’ll be trying that variation next!

This recipe is so simple you really can’t go wrong so have fun with it! 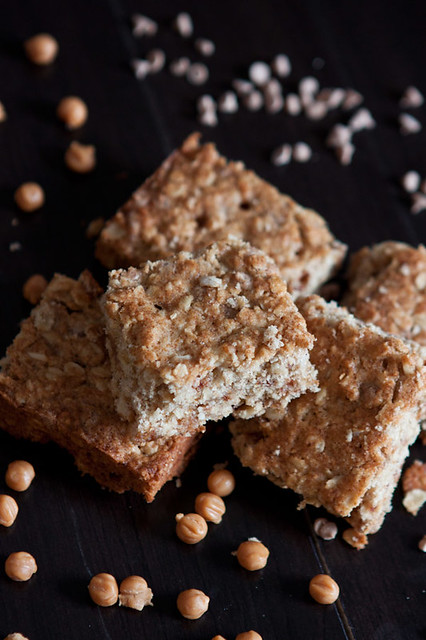 Store, wrapped in plastic or foil, for up to 5 days.