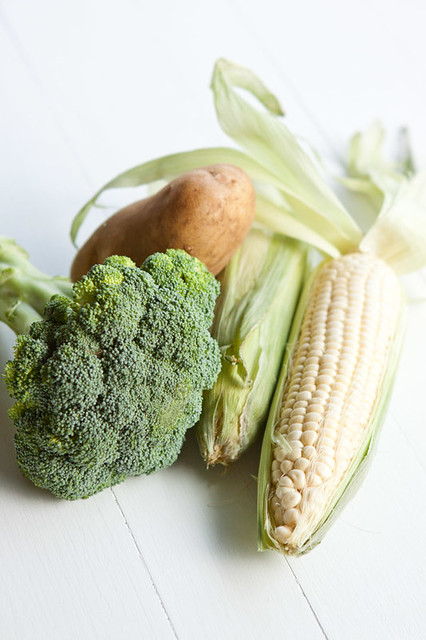 I think that’s why this recipe jumped out at me. It feels like Fall comfort food but it’s full of fresh vegetables, including sweet summer corn. It’s the perfect recipe to bridge the end of Summer and the beginning of Fall. I make potato soup a lot in the Winter and I love it, but I would never want it on a hot summer day. This chowder gives you that potato soup taste without the heaviness. It’s still creamy but not too thick.

The first time I made this chowder it was a “light” recipe. And it was…ok. I just felt like it was missing something. That something, I decided, was cheese. So this final version is not so light anymore but it’s way better. I love cheesy broccoli soup and I love cheesy potato soup, and since this chowder has both broccoli and potatoes it only seemed right that it would have cheese, too. Oh and did I mention the bacon? Not only is it topped with crumbled bacon but the bacon grease is used to saute the onions which gives the whole chowder a nice bacon-y undertone. Anything that starts with bacon is a winner in my book! 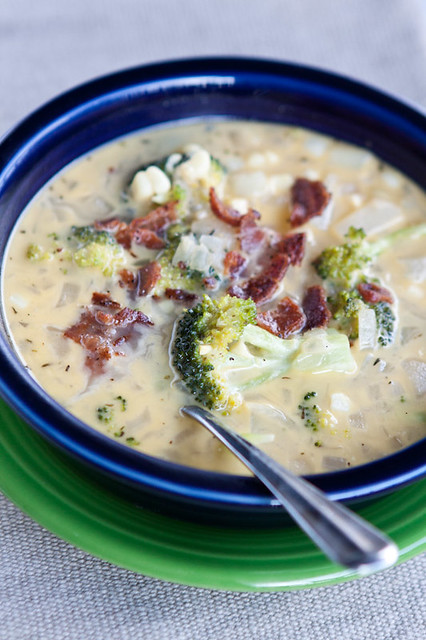 It’s not all bad for you, though. Normally this type of soup would be made with heavy cream but the potato helps to thicken the soup without adding all that extra fat. Plus, the milk in the recipe is cooked down, so even using low fat or fat free milk it’s very creamy.

Have you ever had one of those days where you want something comforting but you don’t want to put in too much effort or get your kitchen all hot? That’s been pretty much every day for me since August. This chowder doesn’t need to simmer for a long time, so you can easily have it ready to serve in less than an hour with very minimal effort. That’s my favorite kind of dinner! 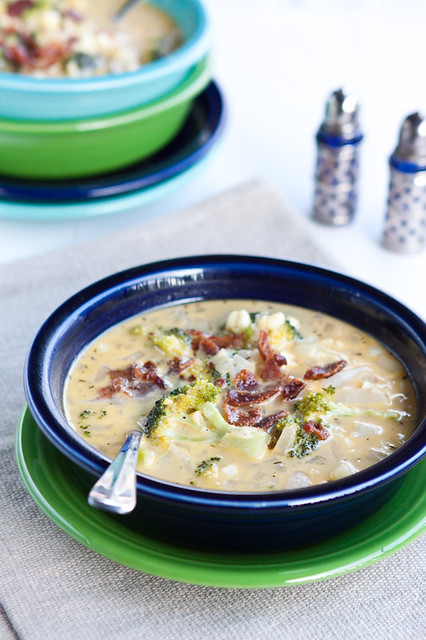 Since this is a summer chowder I didn’t want it to be too thick and heavy but it’s easy enough to modify if you want a thicker soup. Reduce the chicken broth by about 1/2 cup and cook the milk mixture for longer (start while the potatoes are cooking) to make it thicker.