When I mentioned that on twitter I got a bunch of suggestions for making a cobbler or pie. A cobbler would definitely be my first choice except I had just made one the previous week: a blackberry cobbler that I posted here years ago. I remade the recipe since I wanted to update the sad looking photos that accompanied it. I highly recommend it, so please check it out if you’re looking for a great cobbler recipe! 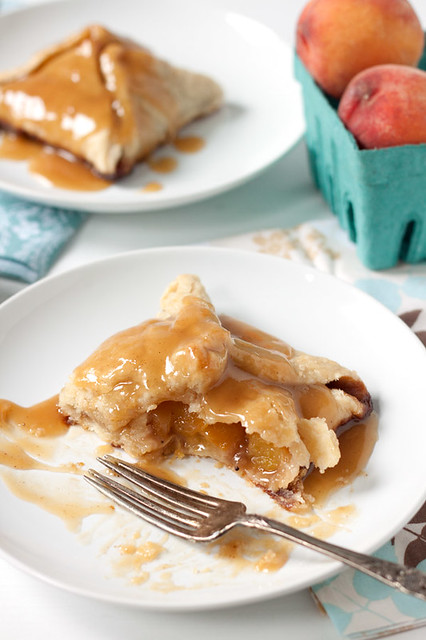 But anyway, back to twitter…someone else mentioned peach dumplings and I was intrigued. I’d never heard of that dessert before, so I immediately set out to find a recipe and this one popped out at me. After I made them, I realized that they’re similar to the “hand pies” I’ve seen going around the food blogging community, but they’re shaped into a little pyramid instead of a half moon. The crust is soft, buttery and flaky and it’s filled with half a peach and a sugar/spice/butter mixture that caramelizes while it bakes.

Personally, I’m not a huge fan eating of peaches by themselves, but baking them inside a pastry transforms them into one of my favorite things ever. Even if you don’t want to use peaches you could easily substitute just about anything: apples, pears, plums, nectarines, berries, cherries or a combination of fruits. I can’t imagine anything that wouldn’t taste delicious inside that buttery crust! 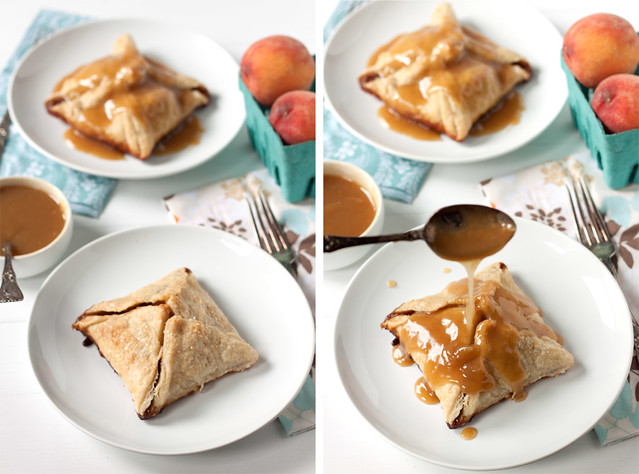 Each dumpling is topped with a sauce that the recipe calls a vanilla cream sauce, but it tastes like a caramel sauce with a bunch of vanilla in it. And it’s a lot easier and faster to make than caramel, just bring the ingredients to a boil, stir in a few other things and you’re done. Easy peasy. When you pour the warm sauce over the warm dumplings the result is heavenly. And don’t forget a scoop of ice cream on top! 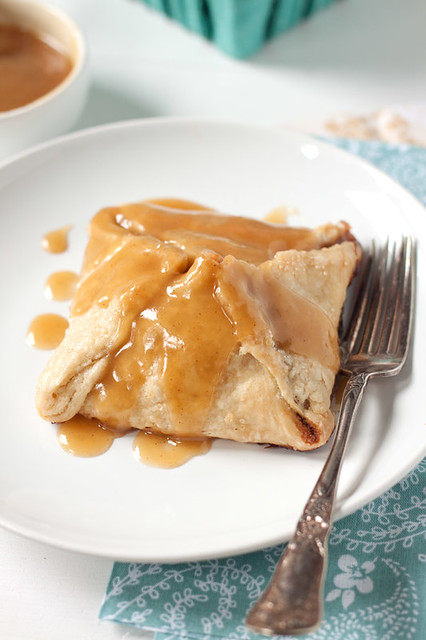 adapted from The Prepared Pantry

Don’t add sauce to any leftover dumplings. They can wrapped in plastic or stored in an air tight container for 2-3 days. Store leftover sauce in a sealed container in the fridge. To serve, warm up the dumplings and sauce (separately) in the microwave for about 30-40 seconds and drizzle the warmed sauce on top. 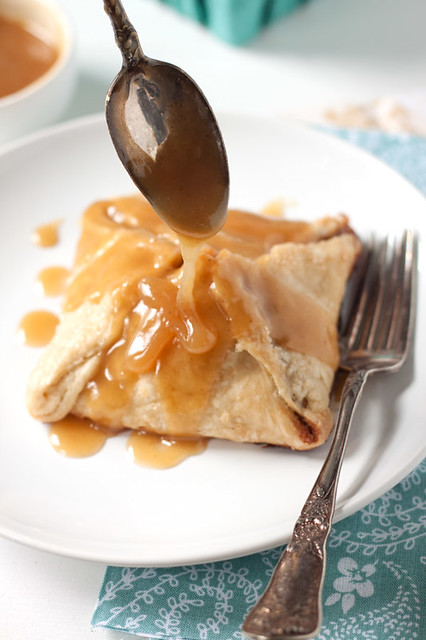