But sometimes you just get a craving that won’t go away. I’ve made homemade donuts before but was not in the mood for the hassle of cutting and frying dough and I don’t have one of those donut pans to make cake donuts in. Then I remembered this recipe for donut muffins that I printed out ages ago and decided it was finally time to give it a try. Cut to this week, now the second time I’ve made them in the past month and I think I have a problem. I can’t stop making them! No, they aren’t quite as good as real fried donuts, but they do have the exact same taste and texture of cake donuts and are extremely easy to whip up. These muffins more than satisfy my donut craving. 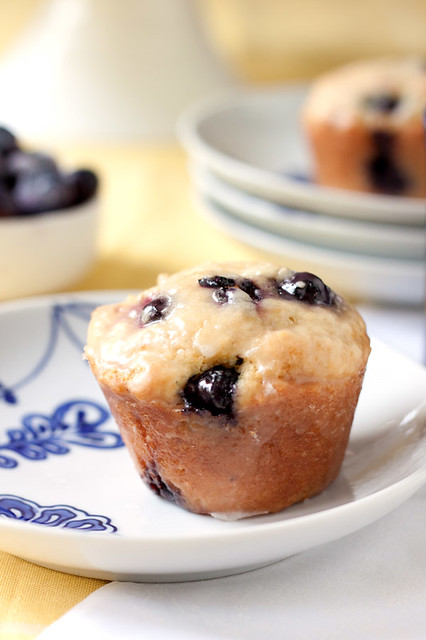 The original recipe is just a plain muffin that you can dip in sugar or coat in glaze. They’re delicious, of course, but I found the muffins to be a bit dry, especially if you can’t eat them all within a couple days of baking them. The second time I made the recipe I decided to experiment, so I threw in a bunch of blueberries and then coated the muffins in a lemony glaze. Now I’m not sure I’ll ever want to make the plain version again. The blueberries give the muffins the moistness they were lacking and the lemony glaze adds a little “tart” to contrast with the sweetness of the muffins.

And while these muffins are not remotely healthy, (I tried to tell myself the blueberries make them good for you– not really, but it’s better than nothing!) they are large and dense so I was full after eating one or two. When I have donuts I pretty much want to eat the whole box, so these muffins are much better for me in the long run. 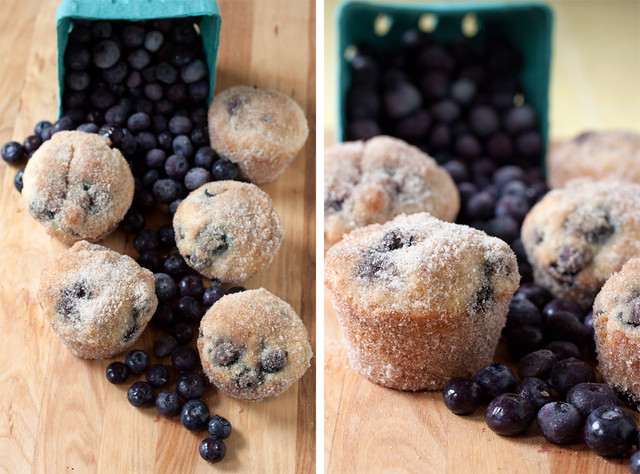 I made half of the muffins with the lemon glaze and I coated the other half in cinnamon-sugar. You could also coat them in powdered sugar if you prefer. Both versions are great, though next time I think I’m going to add some lemon juice and/or lemon zest to batter, not just the glaze. Lemon and blueberries are just too good together, I wanted more lemon in there!

The only nitpick I have about this recipe is that the muffins need to be eaten within about 2 days. The plain version gets too dry after two days and the blueberry version gets soggy. You may want to half the recipe if you have a small family. Otherwise, I promise you will make your coworkers, friends or neighbors very, very happy by giving away the extra. 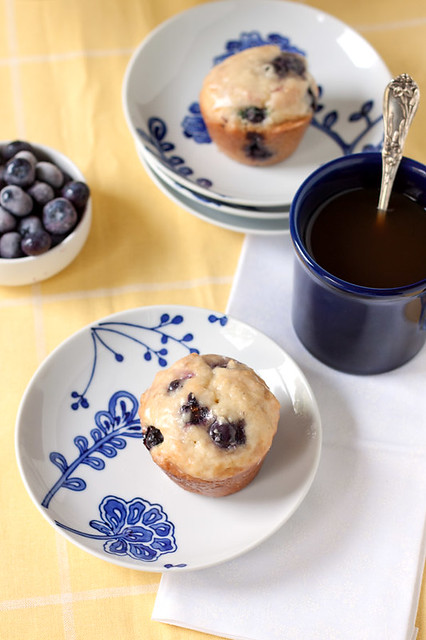 Lemon Glaze
Note: This is enough glaze to cover the tops of the muffins. If you want to coat the entire muffin, I would recommend doubling everything.

These muffins are best the same day you bake them or the day after, after a couple of days they will start to get a bit soggy. Store in an air-tight container. 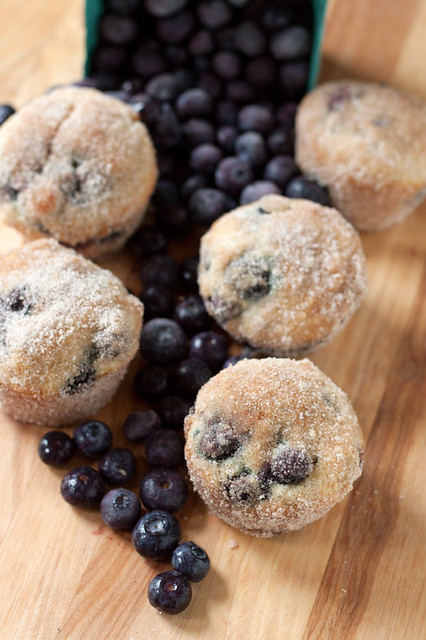