My grocery store also had some rhubarb in stock and I grabbed some since I’ve never tried it before and I’m all about trying new fruits and vegetables these days. I’m not going to make the same mistake I made with cherries! When I was looking through a new cookbook and saw this recipe, it seemed like it would be a great use for the rhubarb. 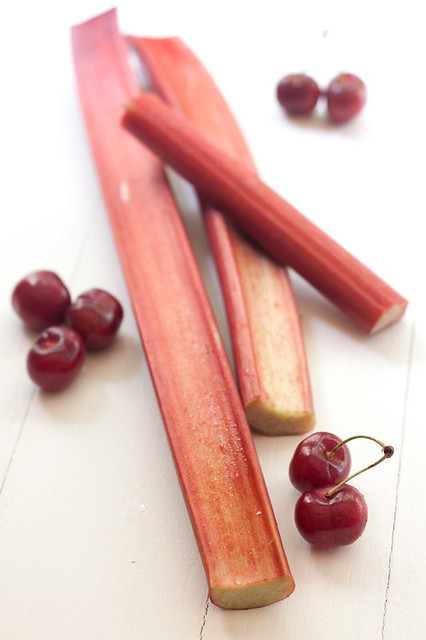 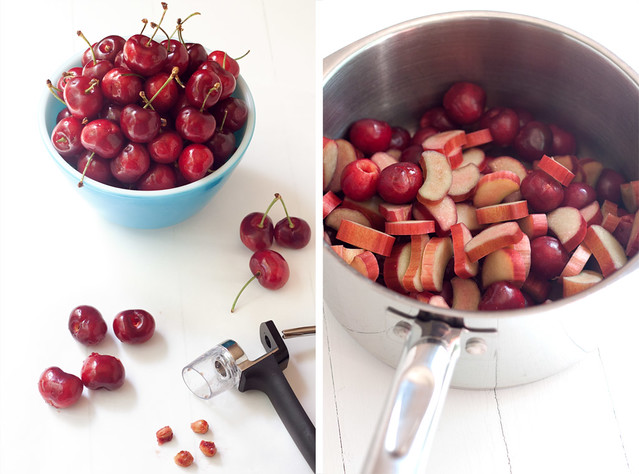 If you’ve never heard of a “fool” before, it’s a very simple British dessert which mainly consists of whipped cream and fruit swirled together. This recipe is a healthier version because it replaces some of the whipped cream with yogurt. To make it even healthier, I used honey to sweeten the fruit compote instead of sugar like the original recipe called for.

Rhubarb can taste quite tart, so it’s best when paired with a sweeter fruit. Strawberries are typically used in a fool, but I knew immediately that I wanted to use cherries instead and I wound up really loving the cherry-rhubarb compote. Not only is it great in this recipe, but I can imagine putting it on pancakes, waffles, oatmeal, yogurt or any number of other things. Apparently, rhubarb also pairs well with cinnamon. The recipe calls for a cinnamon stick to be added to the fruit mixture while you cook it. I was very skeptical about this, but in end I really liked the hint of cinnamon and thought it added more depth of flavor to the compote. My boyfriend is not a big fan of cinnamon and he said that ruined it for him (to which I say: More for me!), so skip the cinnamon stick if it’s not your thing. 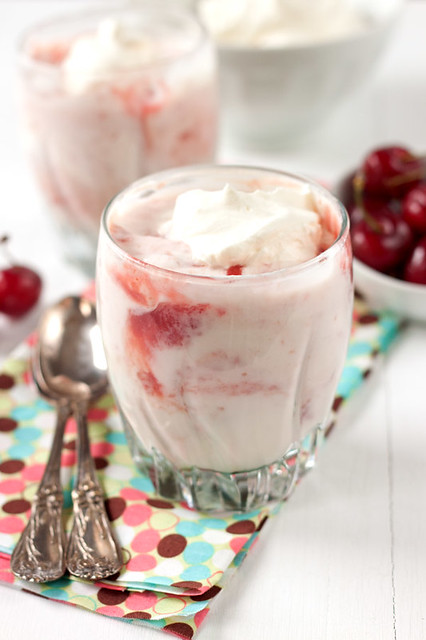 Since this is such a simple dessert to make, a week later I whipped up a strawberry-rhubarb version that I also very much enjoyed. So feel free to substitute strawberries or any kind of fruit you like. I can’t imagine there is any fruit that wouldn’t taste delicious after being swirled into this creamy mixture.

The dish is supposed to be chilled in the fridge before you serve it, but I actually liked it best after it had been in the freezer for an hour or two. That’s not long enough to freeze it, but it’s long enough to make it stiff, almost like soft serve ice cream. I rarely have real ice cream in my freezer so it’s nice to have an easier and healthier substitute, especially now that summer is almost here. 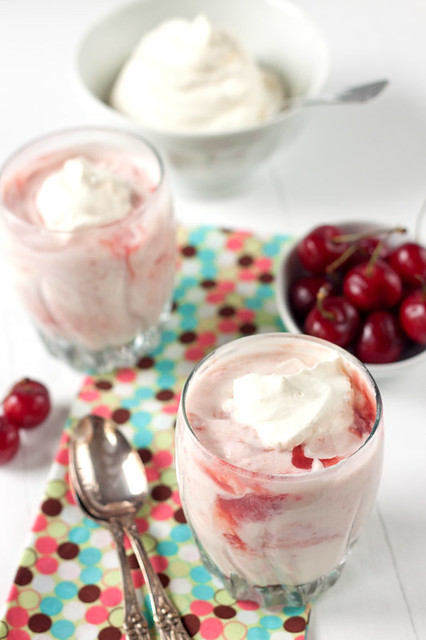 adapted from The Simple Art of EatingWell by Jessie Price

*If you don’t have Greek yogurt, you can drain normal yogurt through a cheesecloth or coffee filter. It’s not absolutely necessary to use Greek/drained yogurt, though. The dessert will be more watery and less fluffy, but it won’t affect the taste.