I think I’m starting to look forward our Game Nights more for the baking, than for the actual, you know, playing games. Since 99% of the cooking I do is for me and my boyfriend it’s really fun to have an excuse to make something for other people. It’s also pushing me to challenge myself and try new techniques. These mallow cookies are a prime example. I’ve been wanting to make this recipe for a long time, but it always seemed like too much effort for cookies that only one other person would see. But making them for a group of people seemed much more worth it and even sounded fun. Plus, these cookies are seriously impressive looking. What can I say, I like to show off. Who doesn’t?

So, are these as big a pain in the ass to make as they look? I was honestly surprised because they turned out to be easier than I imagined. That’s not to say that they don’t take some work. The cookies have three main parts: a soft shortbread-ish cookie topped with marshmallow and then covered in chocolate. I added a fourth part by slathering the shortbread with Nutella before I piped on the marshmallow. These cookies look really big but are actually quite light and airy. When you bite into one, all the components blend together and literally melt in your mouth.


I got the idea for adding Nutella after baking the shortbread and finding it to be kind of bland. It worried me because I didn’t want to put in all the effort for something that wasn’t going to taste great, but after I made the cookies I realized that the shortbread is supposed to be boring. There is so much other stuff going on with the chocolate and the marshmallow that the shortbread is beside the point. It’s there to give the cookie structure and to have something to bite into, albeit something that is very soft. I made some with nutella and some without and while I didn’t find the nutella flavor to be super noticeable (the chocolate dominates), I thought the ones with nutella had a bigger pop of flavor than the ones without. Peanut butter would work just as well, if not better, since it has a stronger flavor. 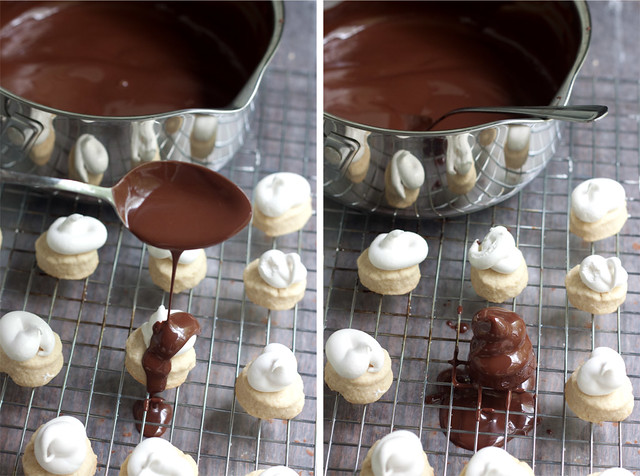 I was most intimidated by the mallow part of the cookie since I’ve never made homemade marshmallow before. I’ve always been weary of making any kind of “candy” type things after bad experiences I’ve had with making caramel and similar things, but making marshmallow is a breeze compared to caramel. It was the easiest part of the whole recipe. Transferring it to a pastry bag and piping it on the cookies, though? That was something. I’m still getting used to using pastry bags so by the end of it I was pretty much covered in marshmallow; my hands were just one big glob of marshmallow. It was a mess, but I had a lot fun, too. It was a learning experience! 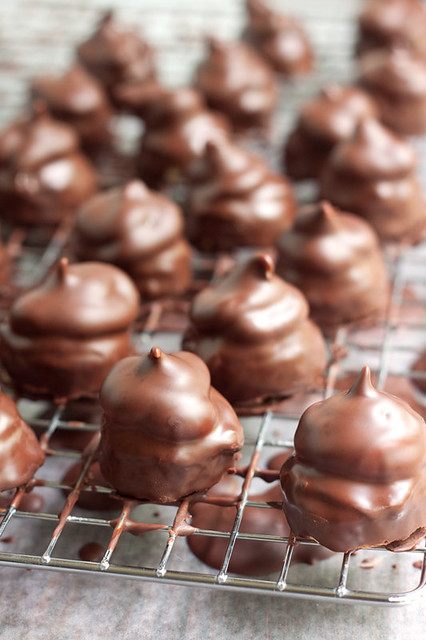 The only real downside to these cookies is that the chocolate gets soft pretty easily. Our Game Night hosts happened to have their A/C turned off at first and the cookies became difficult to pick up (though still delicious). But I just popped them in fridge for 10 or 15 minutes and everything was fine. I read in the reviews of the recipe that tempering the chocolate would solve this issue, so I will give that a try next time. Either way, these are not cookies that you want to take to a Summer picnic, but indoors at a normal temperature they’ll be fine.

The last thing I would say is not to be intimidated by this recipe. It takes a good bit of time, but a lot of that is waiting for things to cool or chill or set. You can go and do other stuff while you wait. I had no problem making a whole batch of these on a Friday night, but you can divide the recipe up into two or even three days if you need to. In the end, these cookies were a lot of fun to make and definitely worth the challenge. 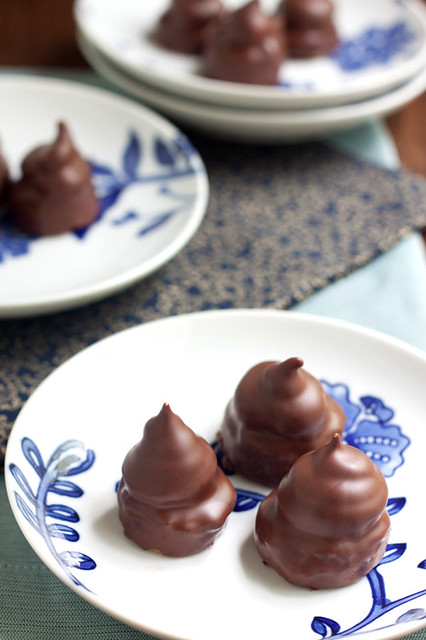