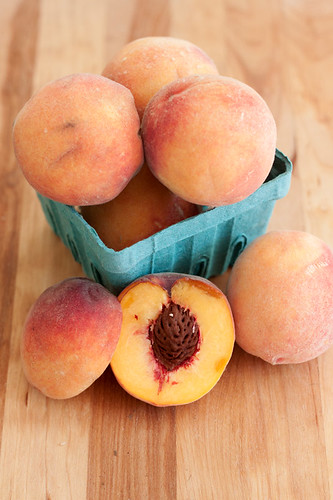 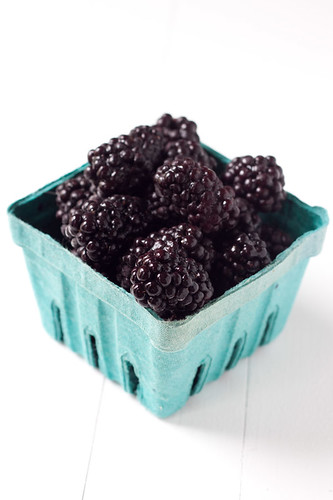 But anyway. Back to summer. Because it is still summer for a little while and I need to take advantage of all the awesome summer produce while I still can. My CSA informed me that it was the last week we would be getting peaches, so I wanted to do something fun with them. A semifreddo is something that I’ve been wanting to attempt for awhile. It’s similar to ice cream but you don’t need a machine. You just pour it in a pan and freeze. Then you can scoop it out like ice cream or cut it into slices like ice cream cake! The problem is that it’s typically made with lots of whipped cream to give it a fluffy, light texture. After a summer of eating delicious but high calorie treats like peach dumplings and blueberry donut muffins, I’m trying to take a break from overindulging for a while. Luckily I found this recipe for a lightened up semifreddo. It uses whipped egg whites, low-fat milk and sour cream to give it that creamy texture without all the extra calories. 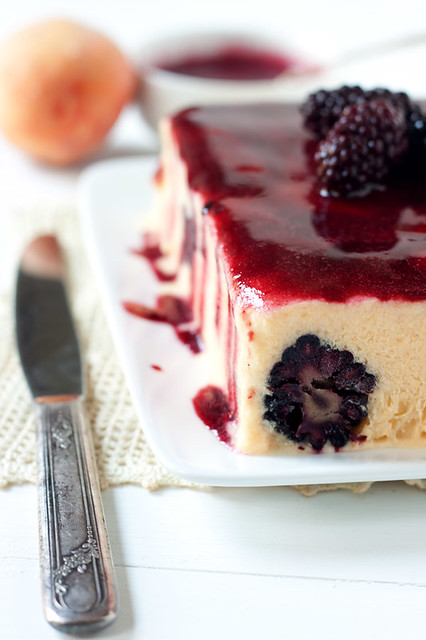 Even the ripest peaches seem to have a pretty subtle flavor when you puree them, so I love the addition of the blackberries in this recipe. For one thing, I think it looks cool to have whole blackberries frozen in the middle (even if they accidentally got jostled around and didn’t freeze symmetrically) and the blackberry glaze on top gives a nice burst of tartness to contrast with the earthy peach flavor of the semifreddo. 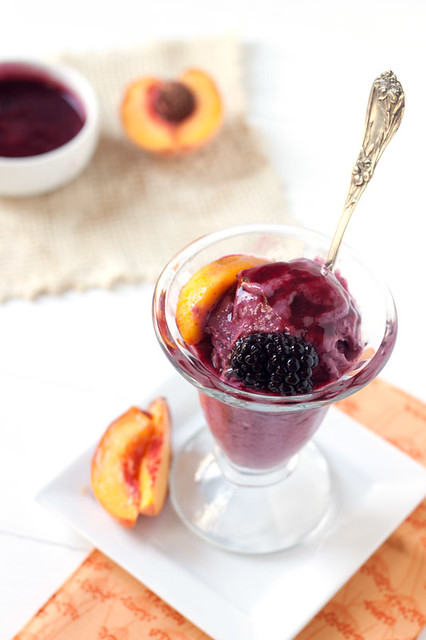 The only thing about this recipe is that it’s best to eat it the same day you make it. “Semifreddo” means semi-frozen and once you cross over into totally frozen it’s just not as good. I think that’s the downside of not using whipped cream. On the second day, after it had been sitting in the freezer overnight it had gotten quite crystallized and lost a lot of the creaminess. But that’s ok because I found a solution! Cut off a chunk and pulse it in a food processor or blender for a minute until smooth. It makes a really delicious peach-blackberry soft serve ice cream. If you add a little milk and blend for a little longer you’ll have a smoothie. So basically you can have this for dessert one night and then have it for breakfast for the next couple of days. I like that kind of versatility in a recipe! 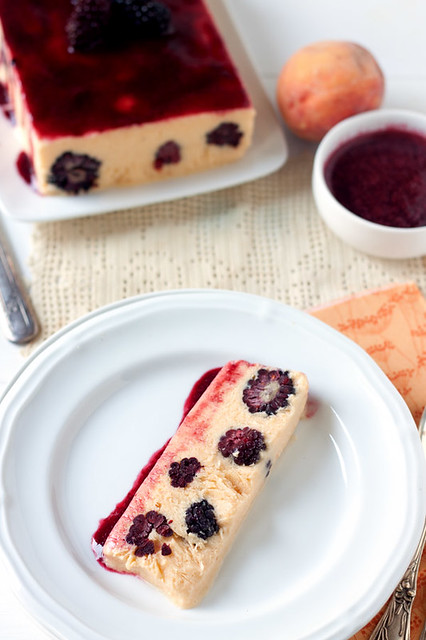 adapted from The Vegetarian Times

* If you don’t care so much about the extra calories you can use whole milk and/or full fat sour cream to increase the creaminess of this dessert.
** I found this to be overpowering and would leave it out next time, but I’m not a huge fan of almond flavor in the first place.

*** I recommend superfine sugar since it will dissolve easier. If you don’t have any, you can put regular sugar in a blender for a few seconds.