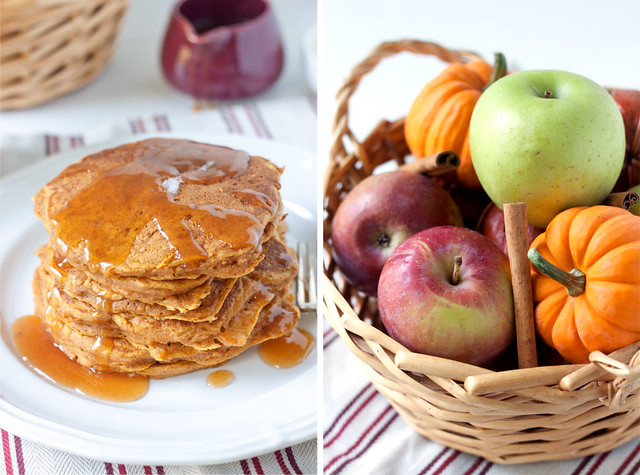 After how great my apple scones turned out last week, I want to put grated apple in everything so adding it to pumpkin pancakes sounded like a good idea. Plus, I already know those ingredients work well together from making Pumpkin Apple Streusel Muffins. I also added in a little apple cider to amp up the apple flavor. That plus the grated apple makes these pancakes extra moist and adds natural sweetness. 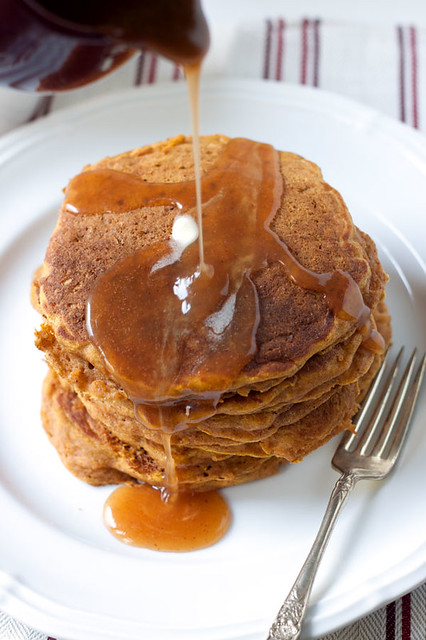 I had lots of apple cider to use up after buying a bottle of it for another recipe, so when I saw the recipe for apple cider syrup I figured it was worth a try. I’m so glad I did because this stuff is delicious! It’s sort of a cross between a sauce and syrup and it tastes just like cooked apples but without any of the actual apples. I kind of want to put it on everything now…or maybe just eat it by the spoonful. It would be great on ice cream or an apple version of these dumplings.

This recipe is handy because it’s two in one. You can make pumpkin-apple pancakes or you can omit the apple/apple cider and just have plain pumpkin pancakes. And the apple cider syrup is going to be good no matter what kind of pancakes you pour it on. If you’re like me you may want to make extra just so you can have these pancakes for breakfast and dinner. 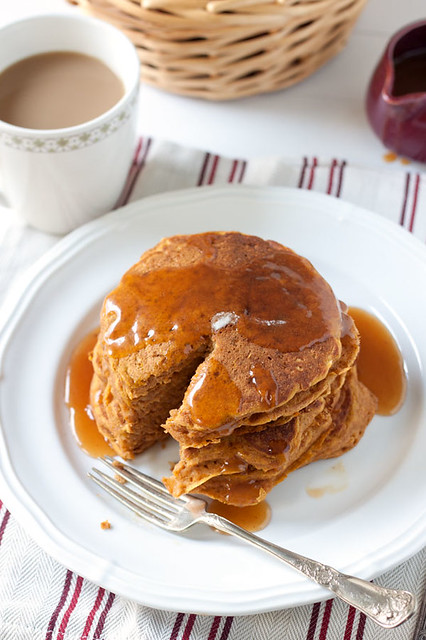 adapted from Pinch My Salt

*You can make your own cake flour if you don’t have any. Using AP flour is ok, but the pancakes will be heavier. 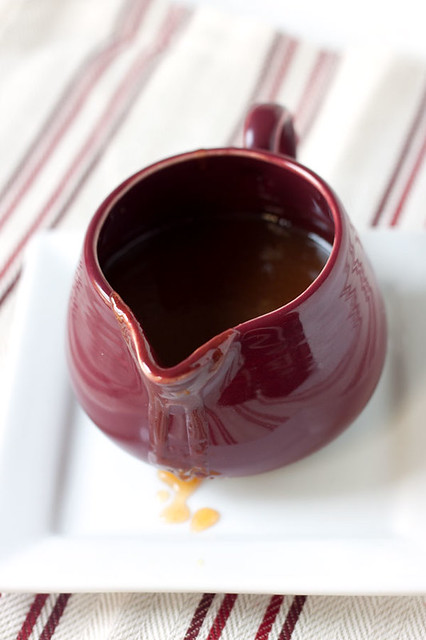