Recipe inspiration can come from some funny places. I decided to make these muffins after buying some cute red cupcake liners from Target. I just knew I had to put something with apple in them (and it helped that I had basket full of apples waiting for me at home). I promise I’ll move on to something else besides apples after this, but I had to share this recipe because I was so happy with how these turned out.


It’s a little hard to tell from the pictures what exactly these muffins are since many of the components are a similar color, so let me just describe it for you: it starts with a graham cracker crust on the bottom (like a little pie!), the muffin is a spiced applesauce cake with cinnamon cream cheese in the middle and it’s all topped with caramelized apples. Basically, I was torn between making a pie or cake, so I decided to combine them! 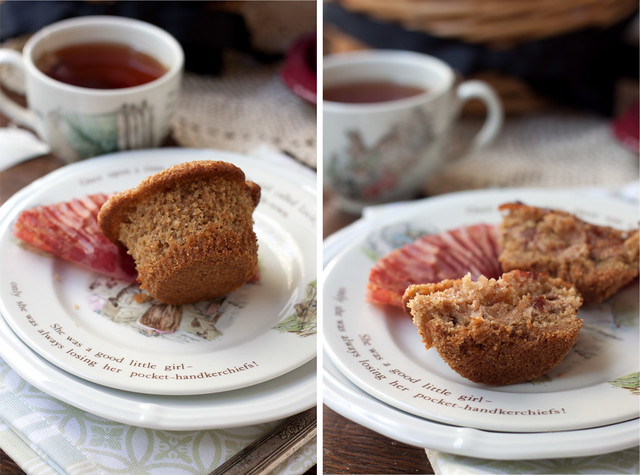 I got the idea for adding the graham cracker crust from a different recipe I saw on Pinterest last month and it works spectacularly well with the spiced apple cake. It’s almost like an upside-down streusel, because it adds the same kind of crunchy (but still soft and easy to bite through) texture but it’s on the bottom of the muffin instead of the top. It’s so good! I want to put a graham cracker crust on all my muffins from now on. I was this close to actually putting a streusel on top, too, but decided that simple caramelized apples would be much better. These muffins are sweet enough, they don’t need an extra sugary topping. 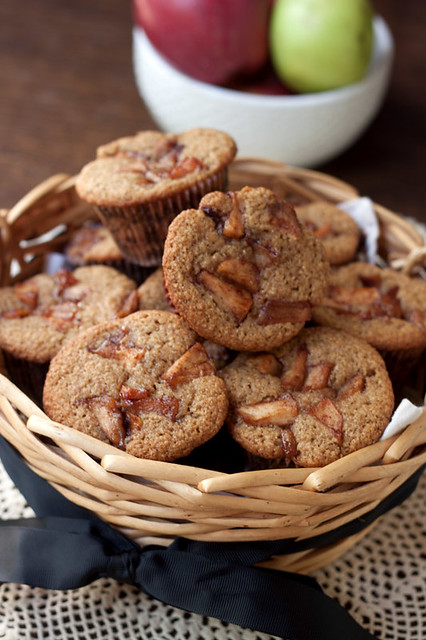 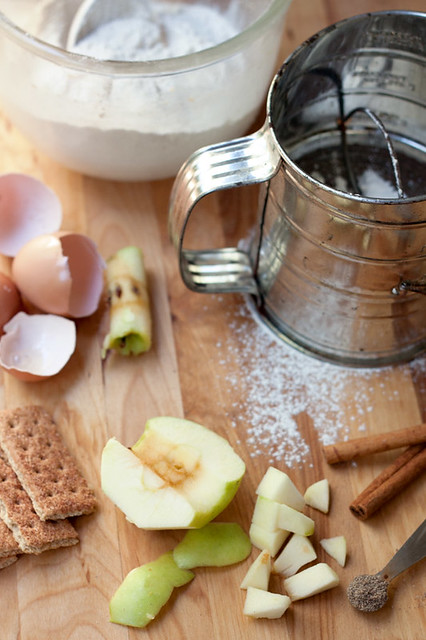 This recipe has a lot of ingredients and components, but don’t be intimidated! You will have most of these ingredients in your kitchen already and each component is very simple and easy to prepare. Everyone knows how to make graham cracker crust, right? (If you don’t, it’s time to learn!) The muffins are based on my tried and true applesauce bread recipe, which I modified to be a bit healthier by adding some whole wheat flour and subbing some nutrient-rich maple syrup for the sugar. To caramelize the apples you just need to cook them on the stove with a little butter, cinnamon and sugar until they’re nice and tender; it takes less than 10 minutes. While the apples cook, you can (literally and figuratively) whip up the cream cheese filling in a mixer.

I just find these apple pie muffins so satisfying. To take a bite and get all the flavors from graham cracker crumbs, apple pie spices, cream cheese and caramelized apples just makes me happy. One muffin with all my favorite things! They’re perfect for breakfast or dessert on another lovely fall day. 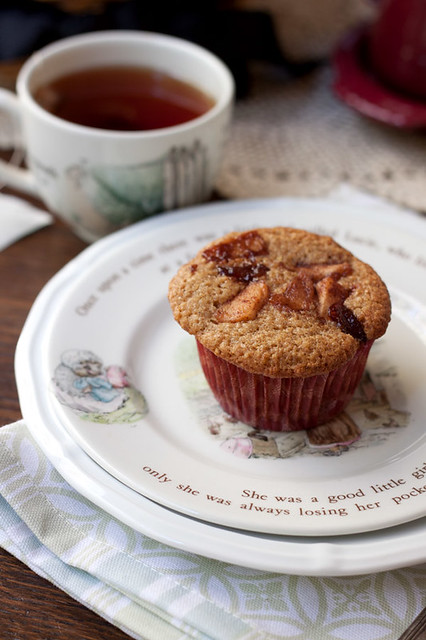 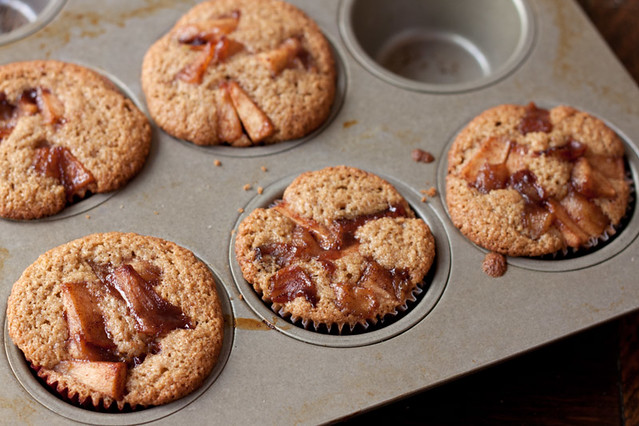