Well, hello there. It’s been awhile. I hope you all had a nice summer! You might remember (but you probably don’t) that I mentioned in my previous post that work was overwhelming me. Well, it kind of took over this summer and since this blog doesn’t exactly pay the bills I had to put work first and get all my projects done. As of last week I finished everything and now I can finally get back to a more normal posting schedule.


Work hasn’t been the only overwhelming thing that happened this summer, though. I decided to challenge myself to do something that I never thought I could do. As of today I am 24 days into Whole30. If you’ve never heard of it before, that means that for 24 days I have eaten no grains, no dairy, no legumes, no white potatoes, no unnatural additives or preservatives and no sugar or any sweeteners (like honey or maple syrup) whatsoever. 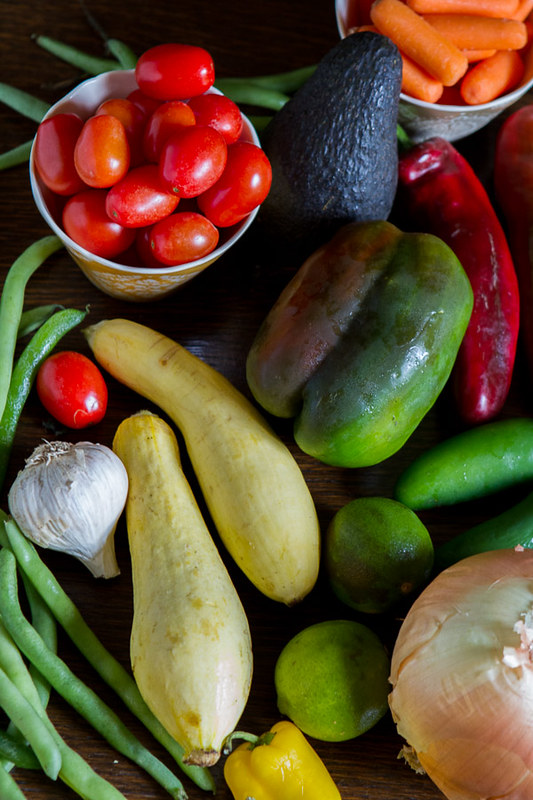 It sounds daunting, doesn’t it? As someone who previously ate some kind of grain and/or potato with every meal it sounded almost impossible. I mean, just look at the Desserts category in my recipe index to see how much I love flour and sugar. Here’s the weird thing, though. It really hasn’t been that hard. There are certain things about this program that are frustrating but it hasn’t actually been difficult to stick to it for the past 3 weeks. I’m rarely that hungry and removing sugar from my diet has removed all my usual cravings. I’d say the second week was when I was feeling worst, but since the beginning of the third week I’ve been feeling good. I can’t really say that I feel that much better than before I started on Whole30, but I can tell I’ve lost weight (not just weight but actual inches off of my hips and waist) and I rarely have heartburn, which was becoming a daily occurrence before I started. 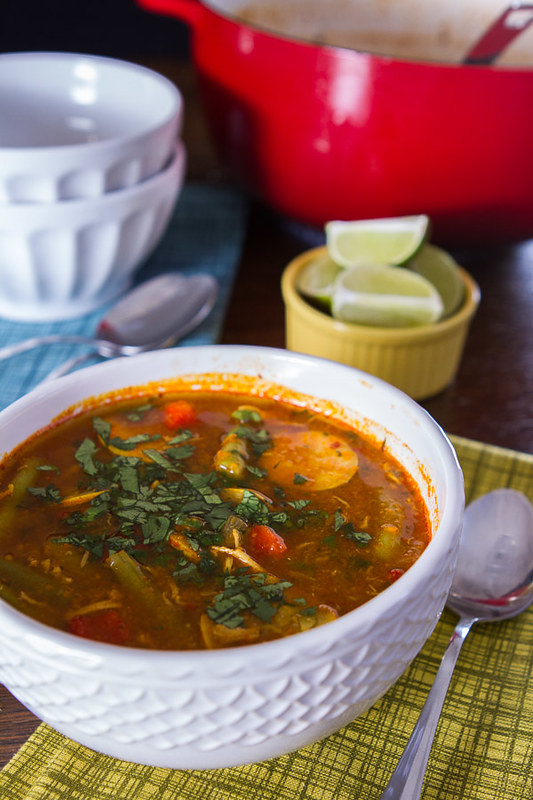 Whole30 is basically a extra restrictive form of Paleo. Real talk: I used to scoff at things like Paleo and the gluten-free craze that’s been going on. I know that some people are actually allergic to grains and have to eat gluten-free but I never really understood why anyone would choose to go gluten-free. This experience has shown me that my body doesn’t need grains or refined sugar and that I actually feel (and look) much better without them. Dairy, though? I miss dairy. A lot. The main thing I miss is Greek yogurt and cheese. I miss cheese so much!

This isn’t meant to be a diet, I think it’s more helpful to think of it as cleanse or a metabolism reset. It’s also helpful to remember that it’s only for 30 days. If I want to go back to my old way of eating, I totally can. The really weird thing is that I don’t think I want to!

One of the eye-opening (and quite frustrating) parts of the program is going to the grocery store and seeing that sugar is in EVERYTHING. That means I’ve had to make my own salad dressings, sauces, mayo and chicken broth. Is there any good reason why chicken broth needs sugar in it? That also means I can’t have bacon or ham because it always has added sugar. It even means that I haven’t been able to take my usual vitamins and calcium supplements because they have added sugar.

So what have I been eating? Mostly vegetables, fruits, eggs and meat. I thought it would be limiting, but I’ve been surprised to find that removing certain foods from my diet has made it much easier to meal plan and to cook. I also finally joined a local CSA which has helped keep food costs down (the first week when I only shopped at Whole Foods was SO expensive) and has given me new and different vegetables to try out each week. 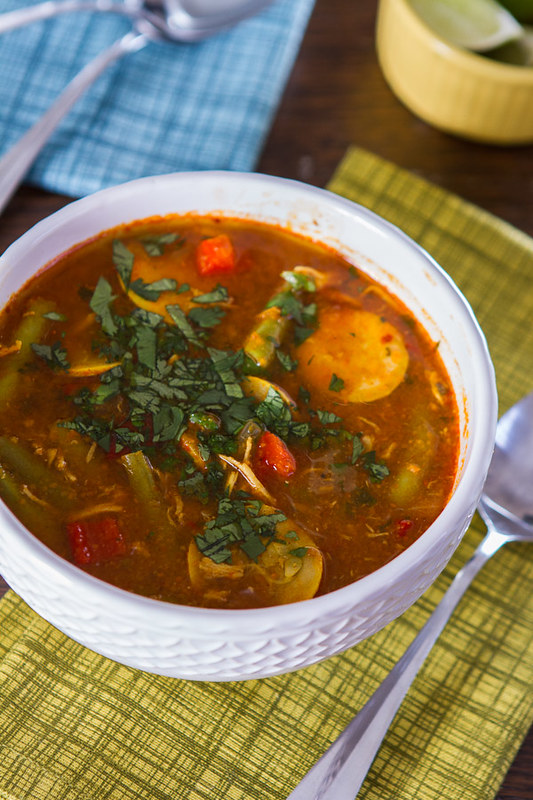 This summer vegetable soup is courtesy of my CSA box. I’ve been missing my very favorite Chicken Tortilla Soup so I decided to Paleo-ify it. It still has the tomato base and shredded chicken, but I replaced the tortillas with thinly sliced squash (zucchini would also work) and I added a bunch of other summer vegetables like peppers and green beans (which are allowed on Whole30 and seem to be fine for Paleo but you can omit them if you want). I would have used corn if it was allowed, so I went ahead and added it to the recipe for all the grain-eaters out there. If you have other vegetables that need to be used up, you could throw those in, too. This soup pretty spicy, but you can make it milder by omitting or reducing the jalapeno and red chili flakes.

If you’re like me and you can’t wait for Fall to get here, but it’s still 90 degrees and you’re swimming in summer vegetables, this is the perfect soup to help make the transition from Summer to Fall. 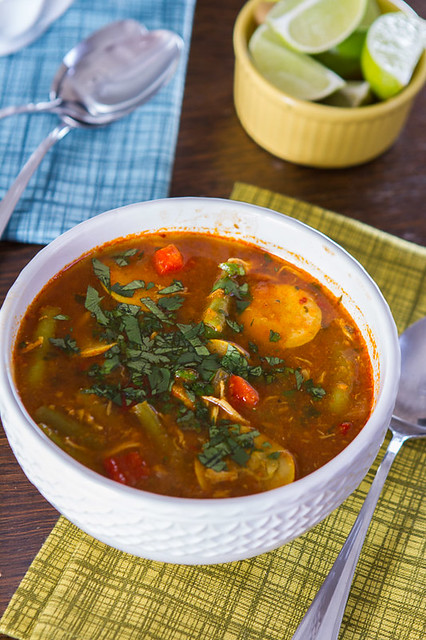