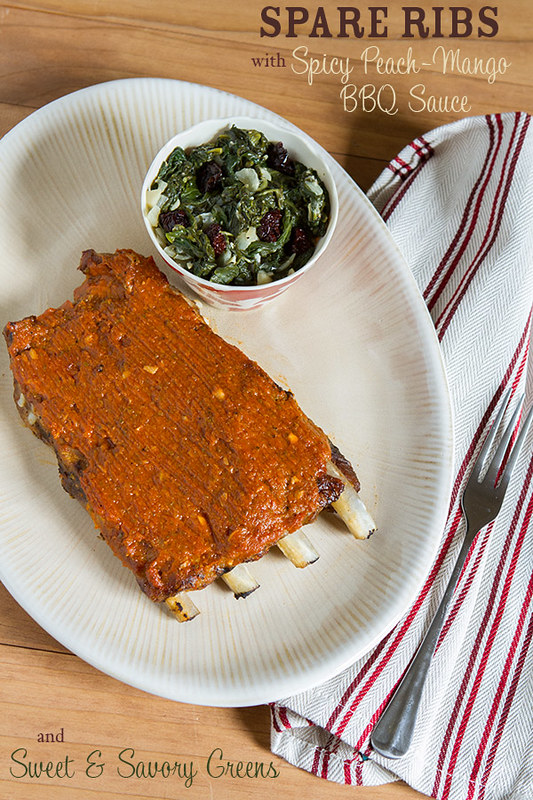 
It quickly became apparent that when I ate meat and/or eggs during the day, I had a lot more energy and felt much better. Despite that, it’s been a big adjustment, since the meats I prefer (bacon, ham, lunch meat) have added sugar or chemicals so I’m not allowed to eat them. To keep my energy up during the day, I’ve mainly been eating a lot of eggs for breakfast and then chicken or tuna for lunch. I also add spinach to either my eggs or a smoothie since leafy greens have a lot of protein. Even after almost a month, I can’t say I love eating so much during the day, so I’ll be very happy when I can get my protein from Greek Yogurt, peanut butter and bacon again. 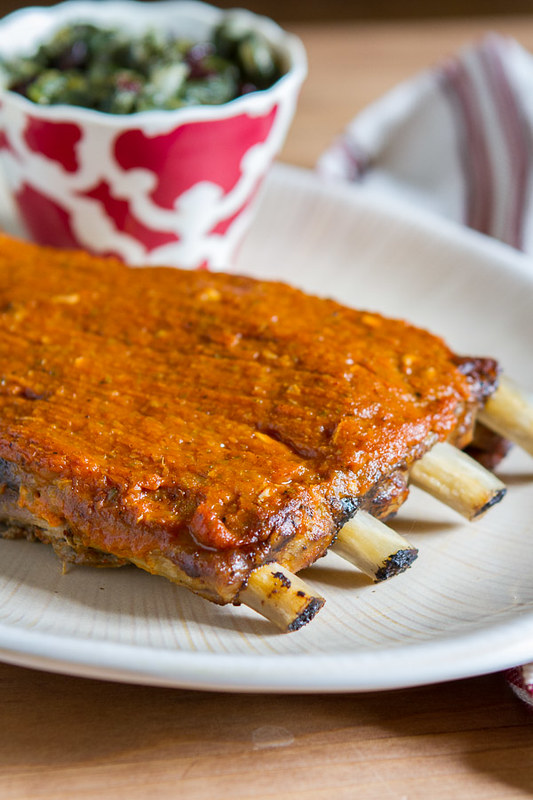 I do like being able to eat more meat at night, though. And it’s especially nice not feeling like I always have to choose the low fat or lean option. I’ve been experimenting a lot more with my dinner protein so that I’m not just eating the same chicken and fish all day, every day. Brandon loves ribs and has been asking me to make them for…years now? But I’ve never even eaten ribs and cooking them seemed pretty intimidating. Plus, whenever I’ve seen people eating them, it always looks so messy. My OCD does not like messy food.

But I’m really glad that I finally told my OCD to stuff it. It turns out Brandon was right (sigh, I hate admitting that) and that pork ribs are really freaking good. Also? They’re so easy to make! I was imagining it to be big ordeal, but you only have to rub them with some spices and put them in a slow cooker for 6 or 7 hours. That’s it! After slow cooking for 7 hours, these ribs are super tender and juicy and perfect. Then you slather them with sauce and pop them under the broiler for a few minutes before serving. 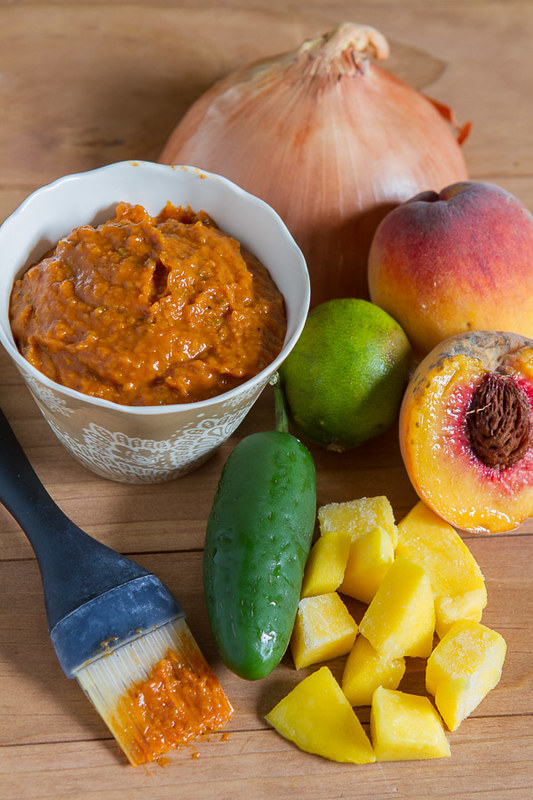 Now, the ribs are really good on their own, but I think it’s the sauce that’s key. It’s not quite Fall yet and there’s still lots of summer produce to go around, so I wound up with a bunch of peaches and mangoes that were on sale and this barbecue sauce was the perfect way to use them up. This recipe is completely Paleo, so there’s no added sugar. The fruit provides plenty of sweetness, with lime and vinegar for tartness and then jalapeno and spices to add a nice spicy kick. The ribs are coated in the same spices that are in the sauce, which makes everything extra delicious together. 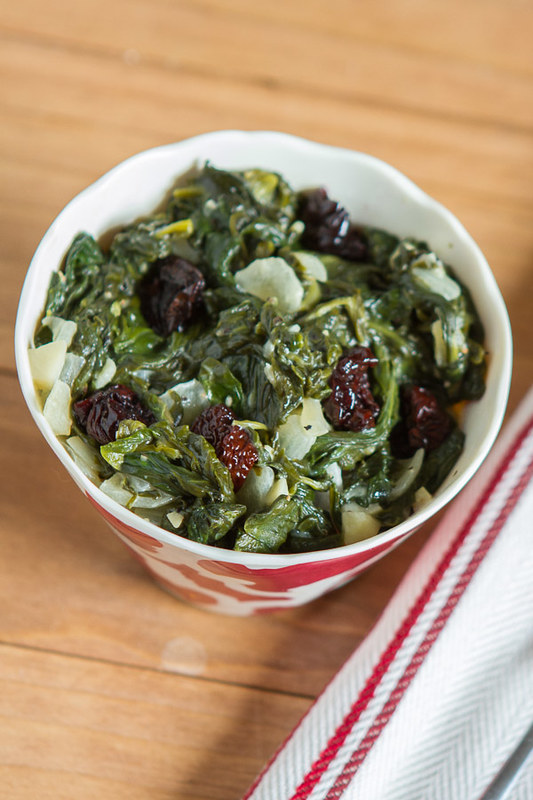 It would be easy just to eat ribs, but I knew I had to get some vegetables in there, so I served them with my favorite recipe for greens. I generally find kale and spinach too bitter but this recipe cooks the greens down in a tangy and sweet mixture that balances out all the bitterness. The ingredients might look a little weird, but when they’re all cooked together it comes out delicious. The best part is that this recipe works with just about any kind of leafy green vegetable like spinach, kale, chard or a combination of your favorites.

These slow cooker pork spare ribs are comfort food at its finest. They’re perfect if you’re looking for a simple set-it-and-forget-it recipe to make while you’re at work or out enjoying your weekend. The barbecue sauce can even be made the day before to save more time. Just make sure you have a lot of napkins on the table when you serve these ribs, you’re going to need them. 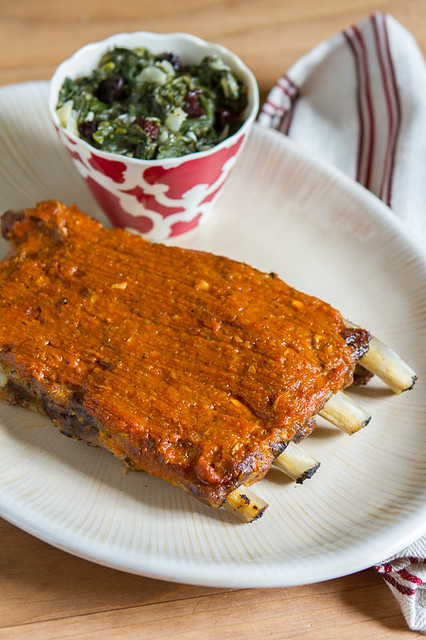 Make the BBQ Sauce:
This can be made a day ahead and stored in the fridge. Reheat the sauce over low heat or in the microwave.

Don’t worry if you taste the BBQ sauce and it’s too spicy for you. It becomes less spicy the longer you cook it for, so just keep the heat low and keep cooking it. 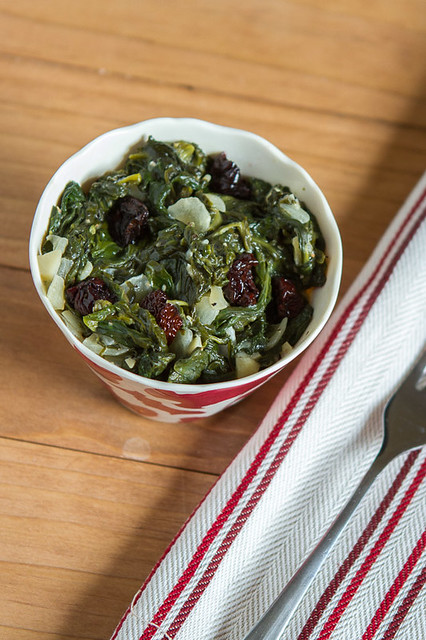 You can make this with any one or combination of dark, leafy greens like kale, spinach, chard, mustard greens, etc. My grocery has pre-packaged kale, baby spinach and chard, which is what I’ve been using lately, but I’ve also made this with only kale or spinach.