But then, if course, I had to find something to make with them so they wouldn’t all go to waste (although they were pretty perfect in a bowl with a little sugar sprinkled on top, too). I already posted a blackberry cobbler a while ago, so that was out. After searching around for a while, this recipe jumped out me, and for good reason! It’s extremely simple and produces a very moist and delicious cake. And since I really like the combination of lemon and blackberry, I added a lemon glaze on top (the same one from these lemon cakes). I think the glaze perfectly balances out the tartness of the blackberries as well as the cinnamon and other spices in the cake. Besides, it’s a cake and cakes are supposed to be topped with some kind of sugary concoction, right?


Here’s what I’ve been wondering, though. Is this really a cake? It reminds me more of my mom’s recipe for Applesauce Bread, especially since it has cinnamon and other spices in it. What’s the difference between a quick bread and a cake anyway? All I can think is most quick bread/muffin recipes I’ve made don’t have eggs and most cakes do. So if that’s the difference, then this is a quick bread. But who cares? Maybe it’s all just semantics. Whatever you want to call it, it’s really good and it would work just a well for breakfast as it does for dessert (believe me, I’ve been eating it for both for the past week). 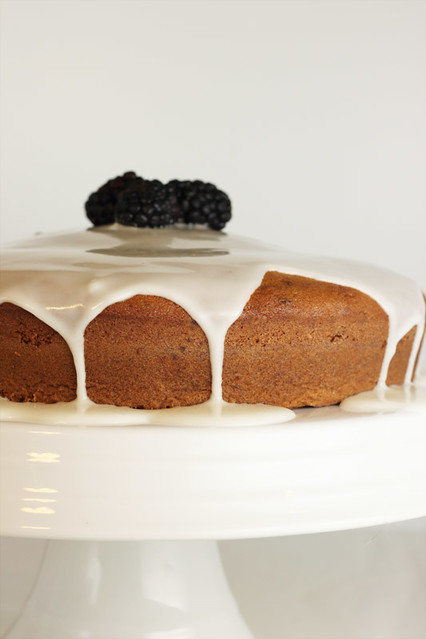 The original recipe made wayyy too much, at least for a household of two (or even four), and I didn’t realize that until I had already started, so instead of making three (8 in) cakes, I wound up making one 9 in cake and some cupcakes (which I put in the freezer for later). I’ve halved the recipe so that it’s suited for either, but you can double it again if you do want to make 3 cakes worth. It will all get eaten, I promise you! 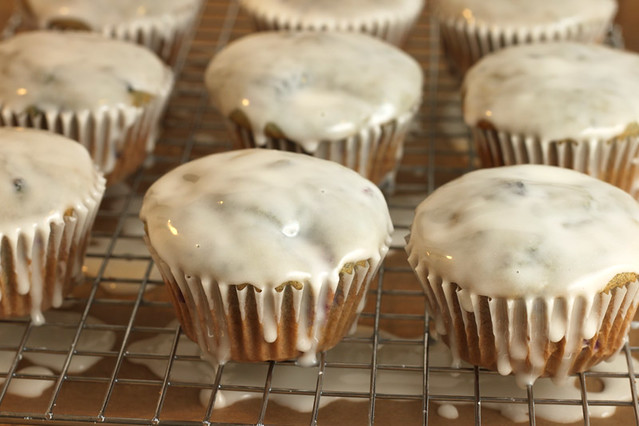 Wrap well in plastic wrap or store in an air-tight container to keep it moist. This cake also freezes well.