I was really craving some chocolate last Friday night. My usual standby is brownies, because they are simple to whip up, but plain old brownies sounded so boring. I went and searched for brownies at one of my favorite recipe sites and as soon as I saw the name of these cheesecake brownies I was already drooling.


They did not disappoint at all. Simple to make and they turned out so rich and fudgy. I’ve made a ton of brownie recipes and this is definitely one of the best. The recipe has chocolate chips in it, but I don’t think they were even necessary. They made the brownies almost too rich, so I don’t think I’ll be adding them next time. 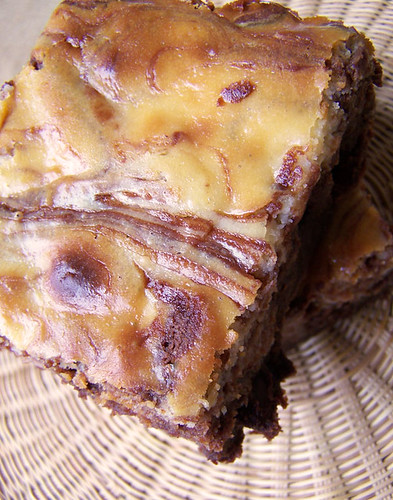