I’ve never been a big fan of French Toast. Don’t get me wrong, I’ve never disliked it, but in the world of breakfast foods, I’d usually rather have pancakes or pastries. In fact, I’m not sure I’ve ever even made it at home before. I remember my mom used to make it when I was a kid (though not as much as pancakes or waffles) and of course I’ve had it at restaurants, but I guess it’s never occurred to me to actually make French Toast myself. But Cinnamon Toast? Well, that is one of my most favorite things in the whole world. I make that all the time. So much so that I have a bottle just to store my own cinnamon-sugar mix. And when I saw this recipe in which you sprinkle the egg/milk soaked bread with sugar right before you cook it, my only thought was: It needs cinnamon! So that’s what this is, French Toast sprinkled (covered? heaped?) with cinnamon-sugar and seared until the sugar caramelizes and hardens a little to give the bread a sweet, slightly crunchy coating on the outside. It’s cinnamon toast taken to the next level and it’s awesome. 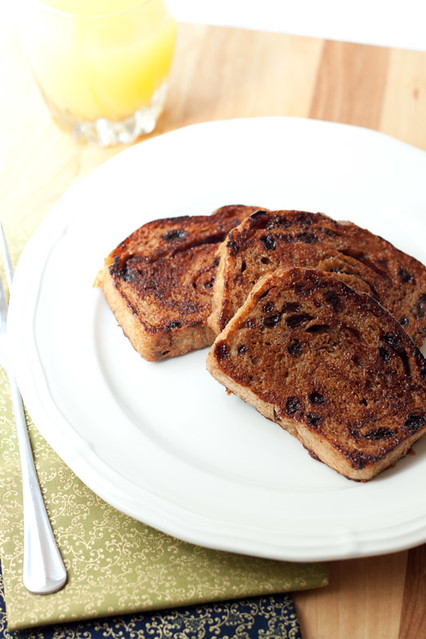 Suffice it to say, this is my new favorite breakfast and I’d choose it over pancakes or pastries any day. I love pancakes and waffles, but you can never just make one or two of them, you know? You have to stand around and make a whole batch and by the time you’re done, half of them are cold. So I like that this is really easy and fast and I can make a couple of slices and eat them right away, just like cinnamon toast.

I usually have syrup with my French Toast, but this really doesn’t need it since it has the sugar coating. Have I tried it with a glug of maple syrup? Of course! It’s delicious. But can you say sugar high? Be sure to eat it on the weekend so you can take a nap when you come down. 🙂

Since this recipe is so simple and versatile you can use whatever bread you like. I’ve tried it with sourdough, white and whole wheat bread and it was good each time. But then I tried it with some of my own Cinnamon-Raisin Bread and I ate 5 freaking slices because I just couldn’t stop myself. It’s a perfect compliment to this recipe! 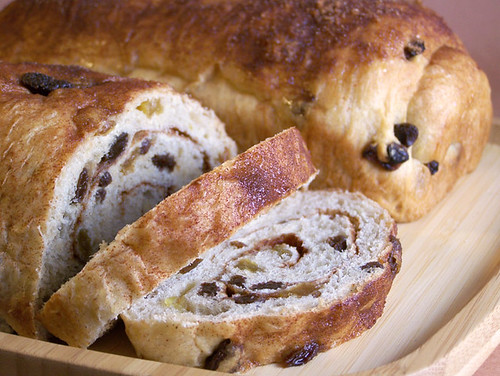 This raisin bread is one of my BBA Challenge breads (which, yes, I still plan on finishing, but I’m going a lot slower than when I started). I’ve adapted it slightly from the original recipe, mainly adding some whole wheat flour to make it a bit more healthy but it’s not enough to change the taste of the bread. Of course, you can buy raisin bread, but it tends to be sliced pretty thin and this French Toast works much better with thicker slices of bread. Plus, raisin bread is one of the easiest breads to make. Even if you’ve never made bread before, it’s a great one to start on because it doesn’t take long (especially if you have a mixer to do most of the “kneading” for you) and it’s pretty much fool-proof. 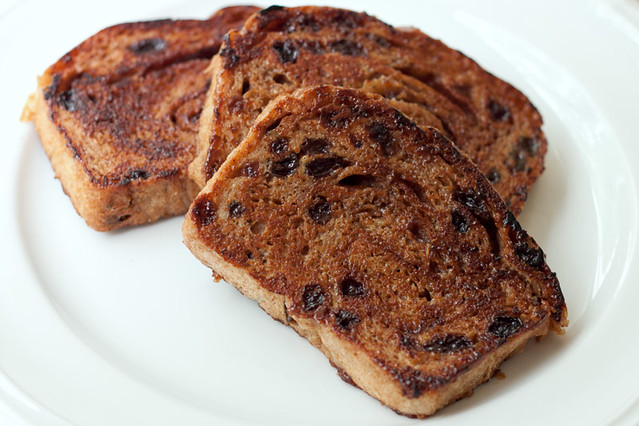 adapted from How to Cook Everything 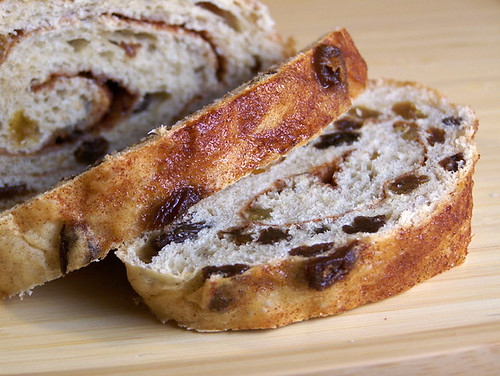 adapted from The Bread Baker’s Apprentice

Once completely cooled, you can wrap carefully and freeze one or both of the loaves for later.