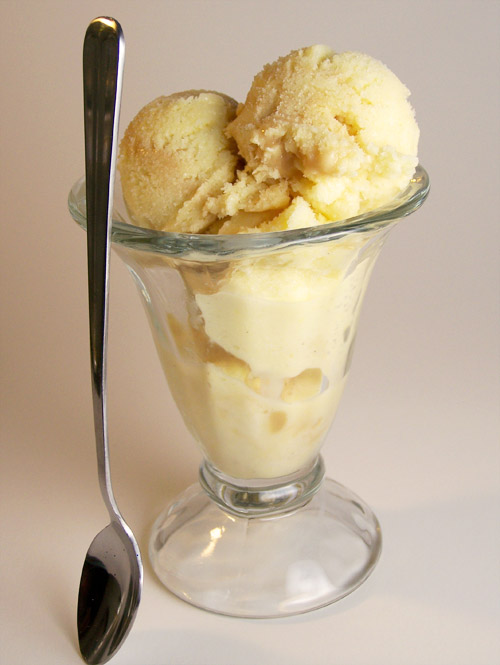 First, I had to decide what recipe I was going to use. But after going through a bunch of recipes nothing really stood out. Plus everything was full of heavy cream/sour cream/whole milk, etc. and since I’m trying to stick to my diet, I knew those would not be good at all. But I had also read how important fat and sugar are for good, creamy homemade ice cream so I knew attempting to make something with fat-free yogurt was just not going to work either. After looking around at lots of low fat ice cream/frozen yogurt recipes I compromised by using low-fat Greek-style yogurt (supposedly the best kind to use) and adding some half and half to up the creaminess factor.

As for the flavors, I wanted something fruity and summery. I had a pineapple sitting on my counter that was begging me to use it. It’s no secret than I love anything with pineapple. One of my most favorite desserts is pineapple upside down cake. Pineapple just goes so well with that buttery brown sugar mixture, it’s one of my favorite combos. And in fact, that mixture is very similar to the butterscotch sauce I made for my brownie tart and boy, do I love that sauce. That sauce is so good, I just wanted to pour it into a glass a drink it. I am not exaggerating one bit when I say that. 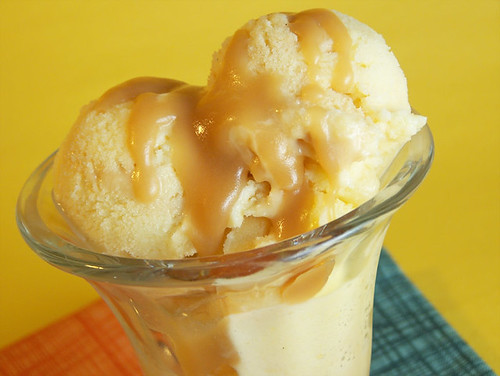 So this is my version of pineapple upside down cake, but in ice cream form. I made up the pineapple/vanilla yogurt mixture and froze it following the instructions I found. I made the butterscotch separately, using half and half instead of heavy cream to lighten it up. It was thinner, but still tasted just as good. When the frozen yogurt was thick and creamy and mostly frozen I swirled in the butterscotch (it’s kind of hard to see in the pictures because it’s pretty much the same color as the ice cream, but you can sure taste it) and chilled it for a bit longer. Then I scooped it out and topped it with even more butterscotch. 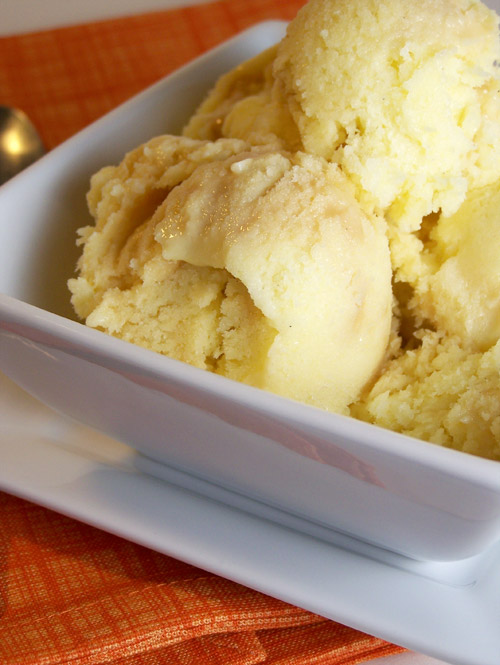 *This is optional, it’s supposed to help make the ice cream softer after it’s frozen, but I didn’t use any and mine turned out perfectly soft.

**You can use regular instead of low-fat to get an even creamier consistency, but reduce the half and half to 1/4 cup.

Butterscotch Sauce
from How to Cook Everything by Mark Bittman