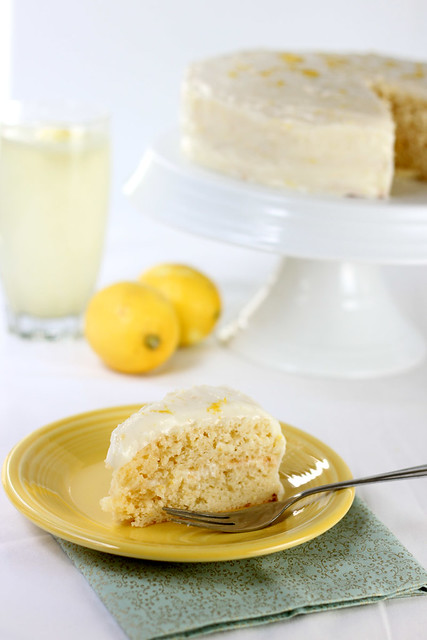 
But I have a confession: I haven’t made many layer cakes before. Most of the ones I’ve tried have been unmitigated disasters with uneven and/or rounded layers and frosting catastrophes aplenty. So I was bracing myself for another un-perfect cake, but it turns out I didn’t need to worry. This cake should be called “Baby’s First Layer Cake”. Seriously, it’s really easy to make and I didn’t have any of the problems I normally have. For one, the tops didn’t puff up and get rounded like many cakes I’ve baked (I know I could slice them off, but let’s just say I’m not too good with the cutting). Both layers were perfectly flat. I also used a trick I picked up somewhere about using my kitchen scale to weigh each pan after I poured in the batter, that way I could get exactly equal sized layers. 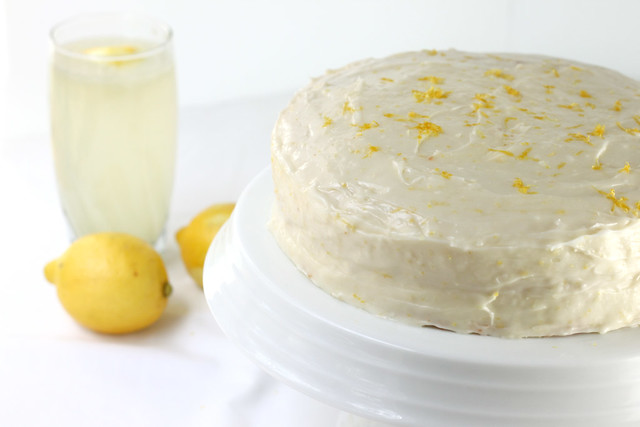 The frosting was also very easy to make. Since it’s mostly cream cheese, you don’t have to worry about trying to whip egg whites or butter into submission like most of the frostings I’ve had problems with. You just need to make sure the cream cheese is very cold or else the frosting could turn out too thin. When I first attempted frosting the cake, I was having some trouble since it was a bit crumbly and the top and sides were tearing when I tried to spread it on but then I remembered another trick (I love the internet!) and froze both cake layers for about 30 minutes. After that, frosting them was a snap. 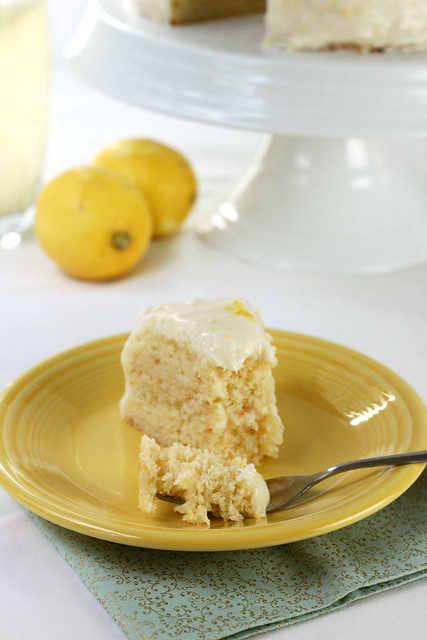 I’m glad I made this cake because it is delicious and as an added bonus I seem to have finally found a cake that my boyfriend actually likes. I think a lot of it has to do with the lemony cream cheese frosting, which is undoubtedly the best part. But the cake is extremely moist and fluffy and has a very light lemony taste that takes it over the top from being a boring white cake. It really is a perfect spring or summer cake. I can imagine it being served with tea, or lemonade, of course! I can also see it being a refreshing, light ending to a heavy ham-laden Easter dinner. 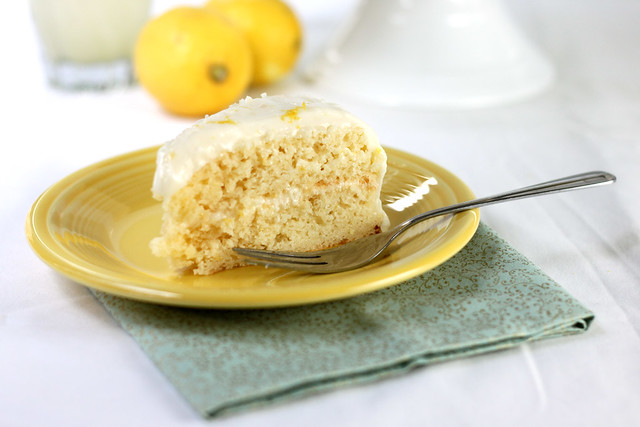 Serve chilled or at room temperature. Store cake, loosely covered, in the refrigerator.