Streusal is probably one of my most favorite words to say as well as one of my favorite things to eat. But now I have a new favorite word: Kuchen. Kuchen just means cake in German, but it’s so much more fun to call it kuchen, isn’t it? It’s especially fun to say those words together: streusal kuchen. It just rolls off the tongue, doesn’t it. 😉 Whatever you want to call this recipe, it’s really good and very easy to make. It got the Brandon seal of approval and he rarely likes fruit-filled cakes, especially ones with cranberry. He said it tasted way too good to be a light recipe, but it is, so you don’t even have to feel guilty about eating it! 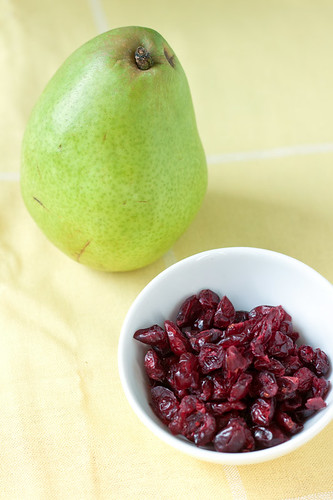 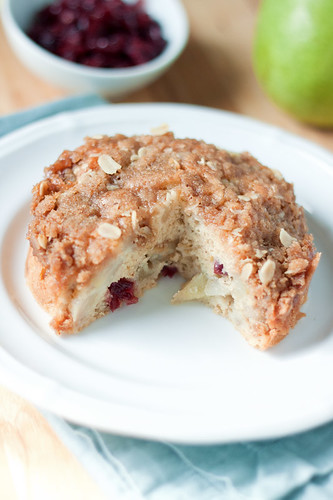 This is basically a coffee cake, but it doesn’t matter if you eat it for breakfast or dessert. I would venture to guess that you’ll want to have it both times! It’s an extremely moist cake, filled with caramelized pears and dried cranberries and then topped with a delicious streusal topping (I added some oats to give it a bit of crunch and make it healthier). You can make this recipe with apples and raisins if that’s more your thing. I had a bunch of Anjou pears sitting in my fridge, so I decided to use them instead. 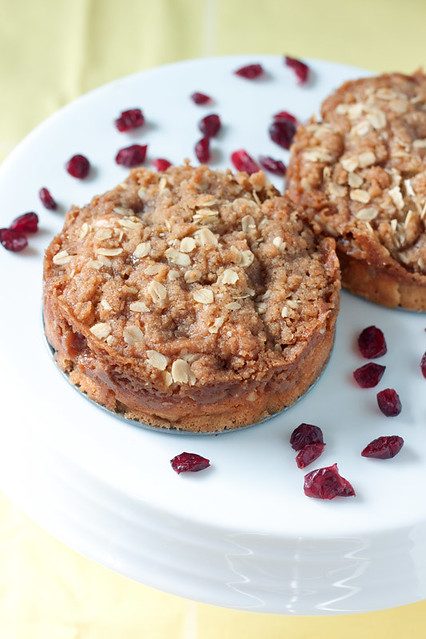 It’s supposed to be made in a 10″ springform pan, but I halved the recipe and used my mini springforms

instead. I knew those things were going to come in handy! The recipe below is for the full size cake, but half the recipe makes 3 mini-cakes. I imagine you could also make this recipe in cupcake form, though I would probably use an extra large cupcake pan. This cake is so moist and filled with so much fruit that I feel like it may be a soggy mess if you make it too small.

I thought this cake tasted even better after sitting for a while, so it would be a really easy recipe to whip up at night and then eat for breakfast the next day. I think any day that starts with cake automatically has to be a good day. 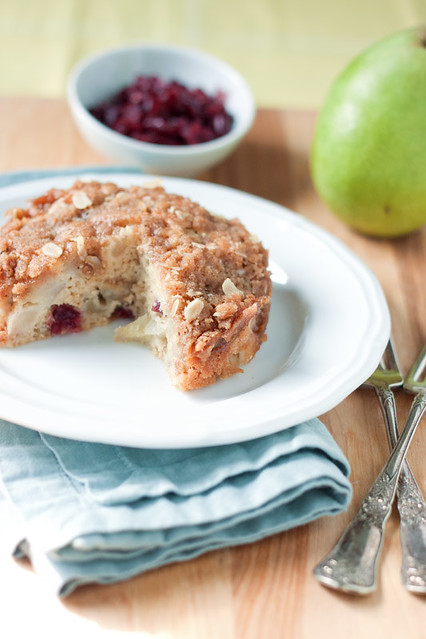 Streusal:
Note: if you’re like me and you really like streusal, you may want to double this.