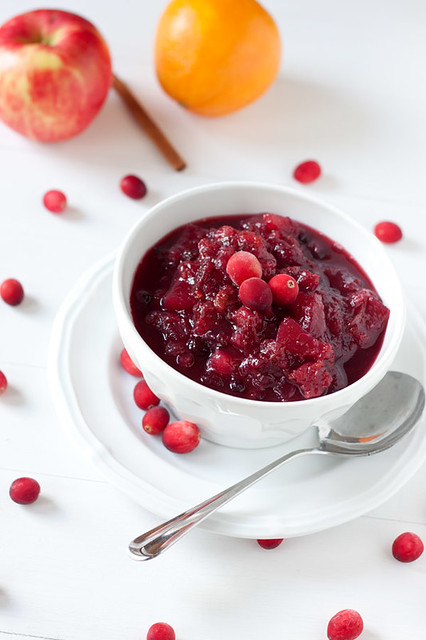 The biggest culprit turned out to be cranberry sauce. I found a new recipe to try this year and went a little gung ho with it, making enough to feed about 12 people. Thankfully, the cranberry sauce turned out to be as good as its name: Cranberry Sauce Extraordinaire. It will definitely be my go-to cranberry sauce recipe from now on. The best thing is that it’s not just cranberries: it has apples, pears, pureed orange and other berries. You can even mix in some pecans if you want. I love cranberries, but cranberry sauce can sometimes be a bit too tart for me, so I like how all the added fruit really balances the flavor.

It was only after I made all that sauce that I remembered Brandon doesn’t even like cranberry sauce. 5 days later, after most of the leftovers were gone I still had a huge bowl of cranberry sauce taking up space in my fridge. So I decided to make it into a dessert since I knew I was more likely to actually finish it that way. 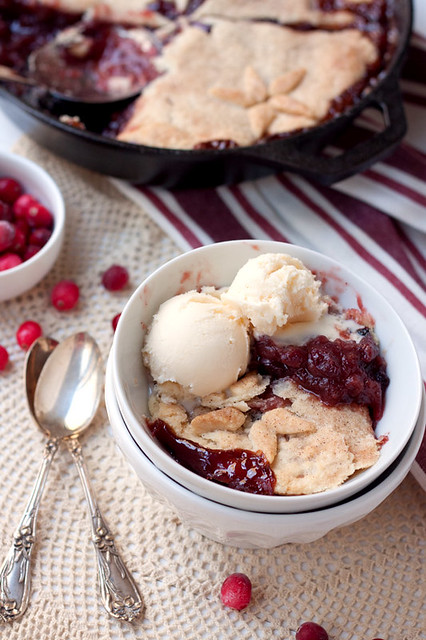 I seen other recipes for pandowdies around the internet and have been wanting to make one, so this turned to be a perfect opportunity. If you’ve never heard of a pandowdy before, it’s basically a cross between a pie and cobbler. Instead of putting a filling inside of a pie crust, you put the filling in a baking dish and just top it with pie crust. The point is to cut some holes/slices in it, so that all that filling will bubble up and become gooey and delicious. Unlike a pie where the filling usually gels together when cooked, a pandowdy filling is supposed to be juicy, more like a cobbler or a crisp. That’s why using the leftover cranberry sauce turned out to be a perfect fit for this recipe. 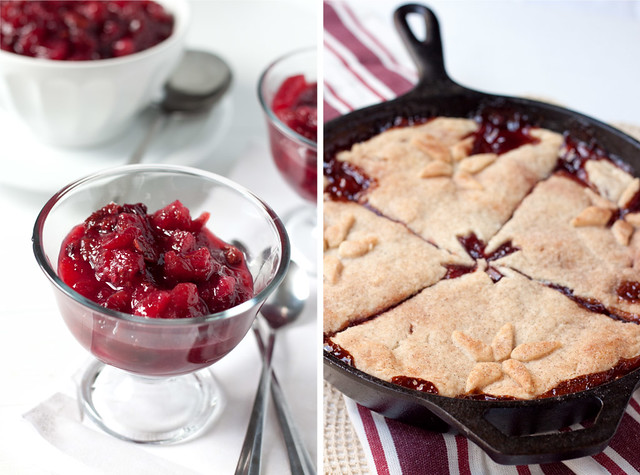 I’ve included the recipe for my cranberry sauce if you want to start with that or you can use whatever sauce you have leftover and add some extra apples, pears and whatever else you want to it. This pandowdy recipe is really flexible, you can make it in any size pan you want. I think it would be great in ramekins if want to make a more individual-sized dessert. You don’t even really need to bother with putting the pie crust on top in one piece, it can be cut up into smaller squares and assembled on top of your filling. I rolled it out in one piece because I think it looks nicer that way (and I’m a weird perfectionist), but it’s called a pandowdy because it generally looks kinda “dowdy” so you really don’t need to put effort into making it look nice.

Also, I should say that I’m generally scared of making pie crusts because they can be so temperamental, but this was seriously the easiest pie crust I’ve ever made. According to Bon Appetit you shouldn’t use your food processor or even bother cutting in the butter by hand, you can let your mixer do all the work! Using the paddle attachment on your mixer to cut in the butter prevents the dough from becoming overworked like it can be in a processor. It took me less than 5 minutes to mix up the dough and it rolled out easily without having to be chilled. And it tasted great; slightly sweet and perfectly flaky…my favorite kind of crust! It helps that you brush it with melted butter and sprinkle cinnamon-sugar on top. 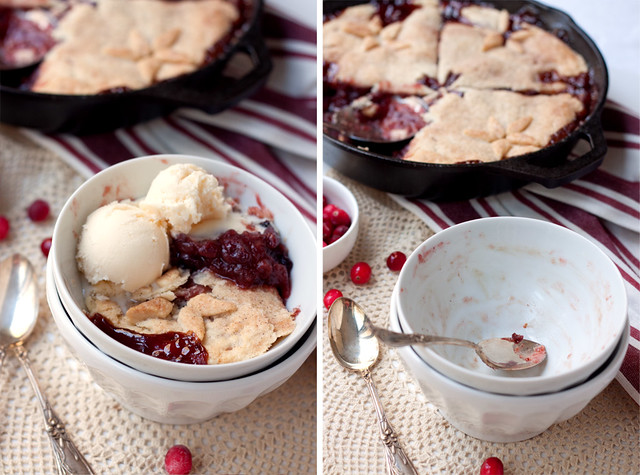 The sweet, flaky topping and the warm, bubbly cranberry sauce and tender fruit all taste great together. Especially with a scoop of melting vanilla ice cream. I gobbled it up right after I finished taking pictures. Then I filled up the bowl all over again… 🙂 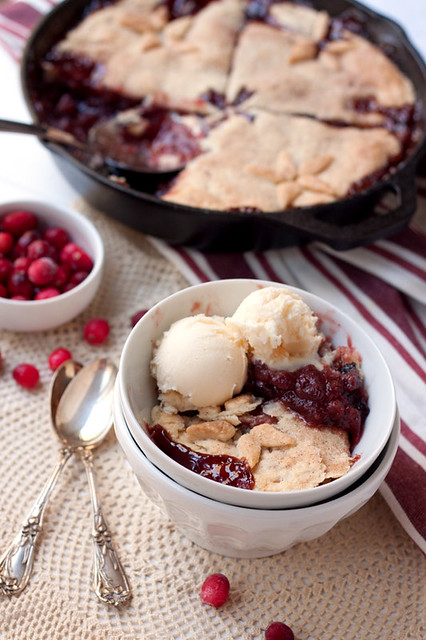 adapted from The Kitchn and Bon Appetit

*Feel free to substitute a pear instead of an apple.

Store covered in the fridge. Reheat in a 300 degree (F) oven for about 20 minutes and then let cool for about 15 minutes before serving. 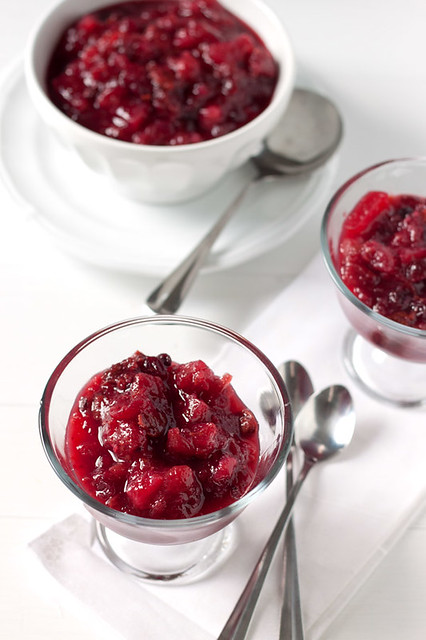