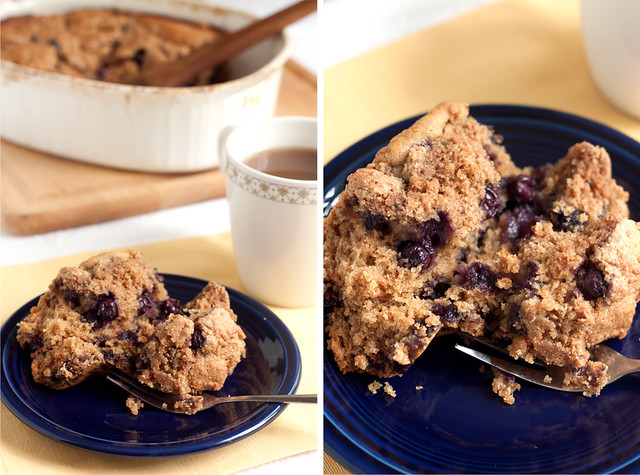 
This coffee cake is made with whole wheat pastry flour and spelt flour. I went on an online shopping spree and bought about 8 different flours after I got this cookbook, but I didn’t need to special order the flours in this recipe. I’ve been using whole wheat pastry flour for quite a while now and I had no problem finding spelt flour at my grocery store. Spelt is like a milder, sweeter version of whole wheat flour so it’s the perfect flour to start with to ease yourself into whole grain baking since you don’t need to worry about getting used to the taste or texture of it. 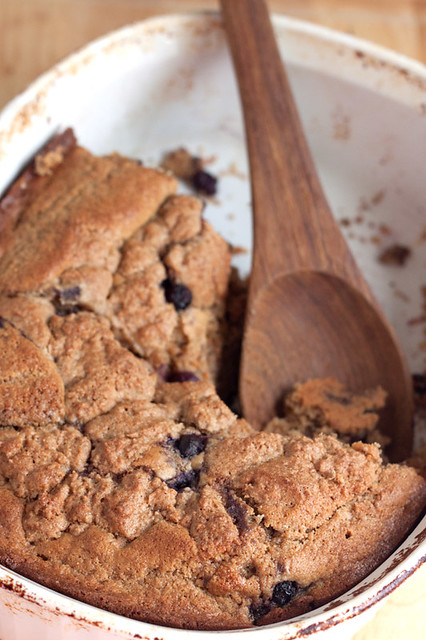 This recipe immediately stuck out to me because of my love for all things breakfast and streusel as well as my current blueberry obsession. The coffee cake has two layers, each topped with lots of blueberries and then the whole thing is topped with streusel. It’s called a “Buckle” because as the it bakes, the batter pushes up through the streusel causing the cake to buckle. The cake is really tall and dense, but the crumb is moist and tender. It’s not overly sweet which lets the sweetness of the spelt flour and the blueberries really shine though. It may not be particularly pretty, but the taste more than makes up for it.

My only change would be to use more blueberries next time, since it’s such a tall cake I think the more blueberries you put in the better it will be. You can also make this with Huckleberries if you can find them; the original recipe is in fact called “Huckle Buckle” for that reason, but after doing a quick google search of that term and seeing the first result I decided to be safe and call this Blueberry Buckle instead. (You’re might be tempted to go googling now so fair warning: NOT SAFE FOR WORK.)

This is a simple recipe to whip up on the weekend or it can easily be prepared the night before and baked first thing in the morning. I would describe this cake as wholesome, though not particularly healthy in a low fat/calorie kind of way. It’s a trade off that I think works out. You get the good for you stuff like blueberries, whole grains and yogurt but you still get the normal stuff that makes everything delicious like plenty of butter, sugar and cinnamon. 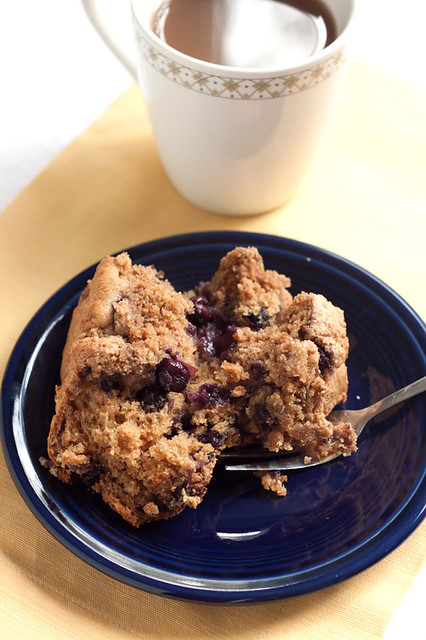 adapted from Good to the Grain by Kim Boyce

You can prepare this the night before, store it in the fridge and then bake the next morning. It will need a few extra minutes to bake.