Basically, I found a recipe for pumpkin muffins that sounded good and I “healthed” it up. I replaced some of the white flour with wheat flour and I substituted the oil with applesauce. That might make these sound kind of boring, but it’s the streusel that makes them awesome. That’s the only part that I didn’t try to fix. In fact, I doubled the amount of streusel because it’s the best part. Even doing that, these are still only about 2 grams of fat and 200 calories per muffin. But the streusel makes them taste so good, you can’t even tell. 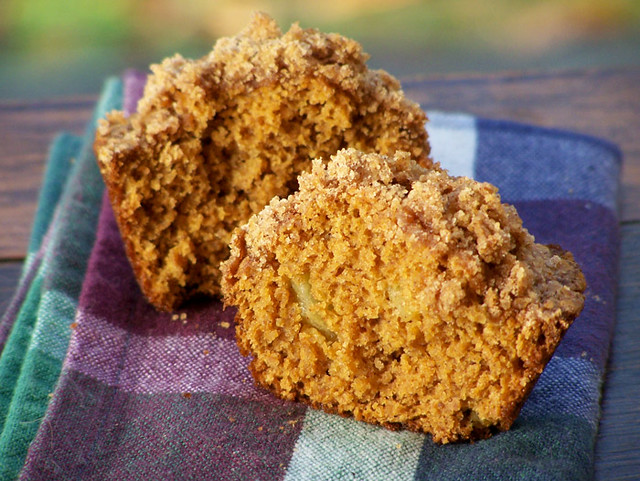 I was worried they wouldn’t be very moist since I removed the oil, but I think it’s the canned pumpkin that actually makes them extremely moist. A note I have to mention is that I used canned pumpkin pie mix not canned pumpkin. I actually wasn’t aware there was a difference until I went to grocery store last week and saw they were two different things. The pumpkin pie mix is more watery (which is why I think these muffins are so moist) and it already has some spices in it which adds even more flavor. Plus, I think the pumpkin pie mix is actually easier to find these days due to pumpkin shortage. You could use regular canned pumpkin instead, but I would increase the applesauce by about 1/4 cup and double the spices.

Since these are made without oil, they probably will start drying out if left out for too long, so store them in an air tight container. And if you don’t think you’ll be able to eat all the muffins within a few days, they freeze great. That’s what I did and every morning I take out a muffin and microwave it for about 30 seconds and it tastes just as good and moist as it did when it came out of the oven.

These also make great mini-muffins. This recipe makes about 18 muffins and I only have a 12 muffin tin, so I put the leftover batter in my mini-muffin tin. But you have to be careful with those because I promise you will not be able to stop eating them! 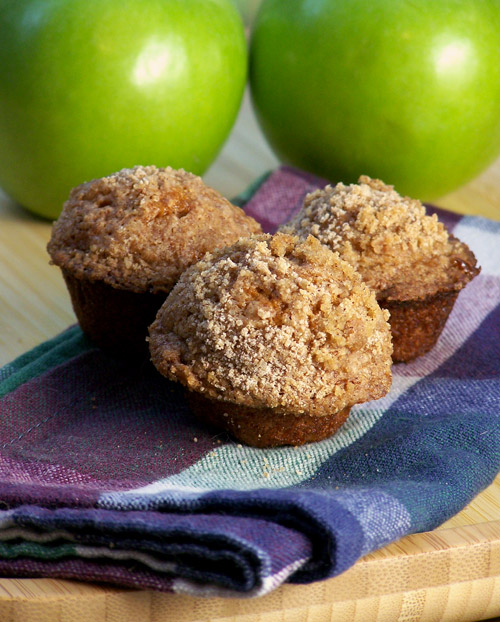 **You could use plain canned pumpkin instead, but increase the applesauce by about 1/4 cup and double the spices.

Store in air tight container for up to 3 days or freeze and microwave for 30-45 seconds to defrost individually.